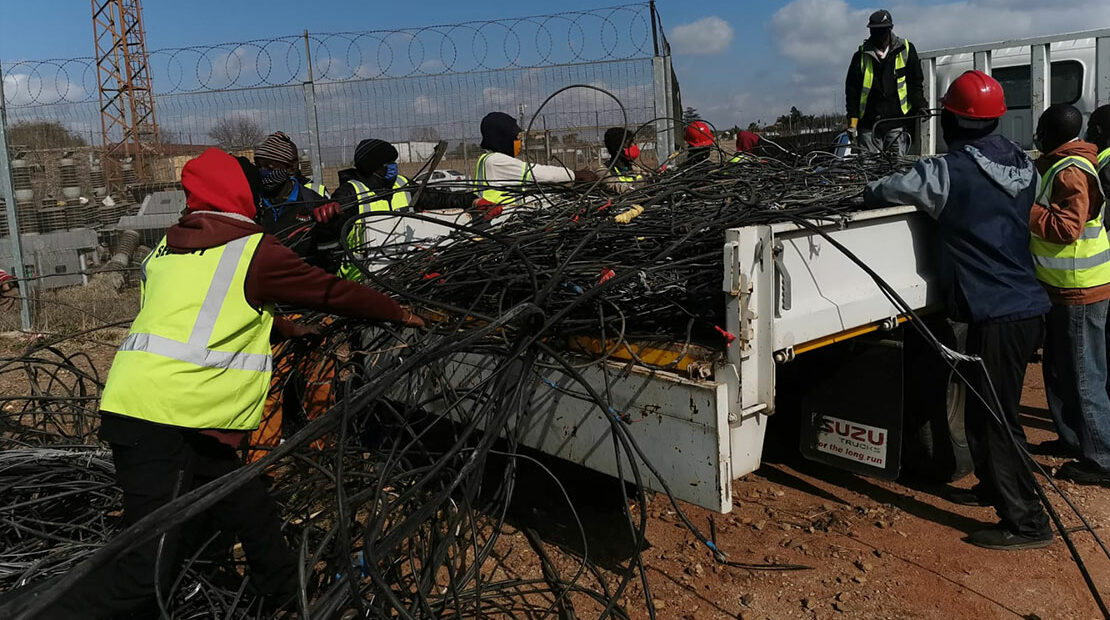 A shocking 1 100 illegally connected cables were removed in a blitz operation at Joe Slovo and Kalamazoo informal settlements near Boksburg.

This was driven by the City’s Department of Energy in collaboration with the SAPS and the EMPD’s Anti-Cable Theft Unit on Tuesday, 28 July.

Residents of the area unfortunately resorted to violence during the early morning operation by blockading roads, and destroying equipment at a nearby construction site.

The illegal connections from the two informal settlements is the main cause of sporadic power failures affecting the area, including Reiger Park.

Jabu Mkhize, Chief Engineer in the Energy Department, commended all the teams that were part of the joint operation, adding that the City was on the war-path against illegal connections.

Residents are requested to report illegal connections, cable theft or any suspicious-looking activity witnessed in and around power stations, substations as well as distribution boxes.

The following platforms are available to use for reporting: