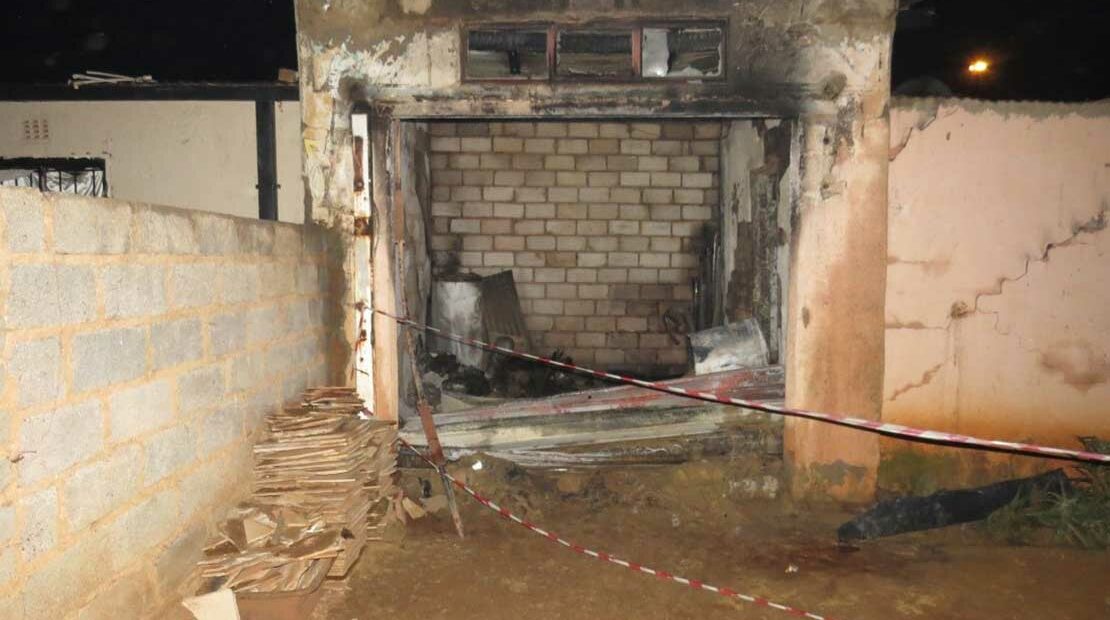 A Man Died a Gruesome Death

A 46-year-old man died a gruesome death after his rented garage burned to ashes, on 31 May in Extension 28 Vosloorus.

The City’s rescue and firefighting team from Hlahatsi, Zonkizizwe and Wadeville fire responded to the scene for intervention.

According to DEMS Spokesperson William Ntladi, the roof of the garage had already collapsed and flames protruding through the windows, doors and roof section. “Offensive firefighting was initiated, and flames were contained and extinguished without further damage.

Upon the search and recovery process, a charred body of a male aged 46 years was found lying under metal roof sheets. No other casualties were recorded on scene,” he said.

The cause of the fire could not be determined.