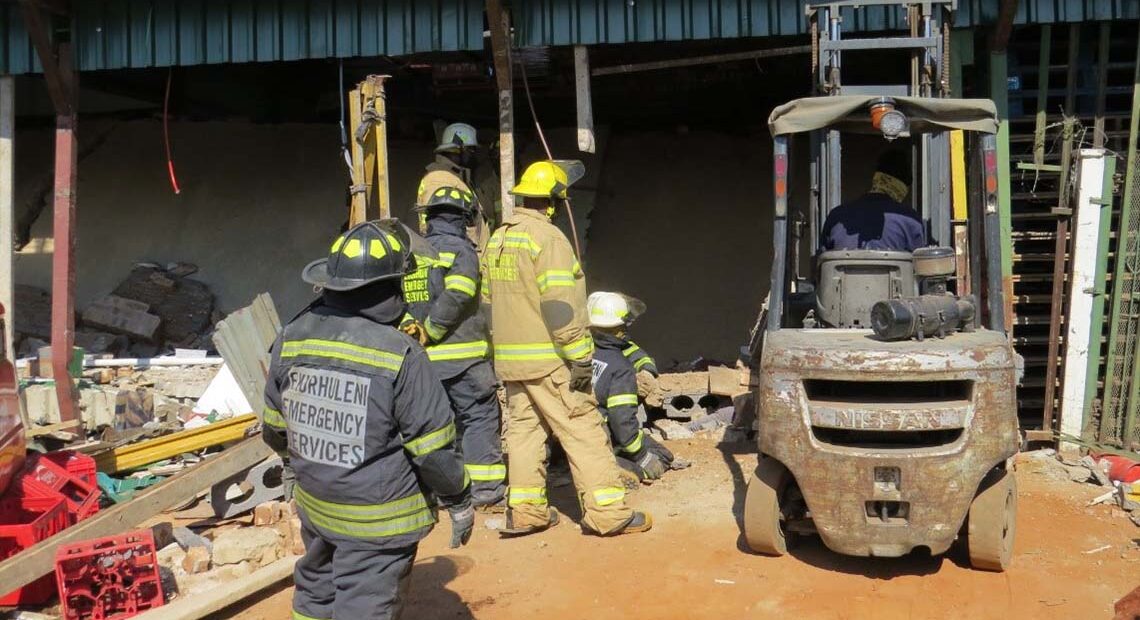 A building adjacent to the Palm Ridge Fire Station, collapsed on June 23,  claiming the life of a contractor. The team from the fire station promptly descended to the side to offer the needed emergency services. According to DEMS Spokesperson William Ntladi the deceased male was reported tapped under the structure that had collapsed.

“On arrival to the scene part of the trapped patient`s limbs could be seen from a distance. Scene size-up was done and the requirement of specialised rescue tools was identified and was a need. Rescue technicians from the southern operational region were activated to the scene for intervention,” he said.

Ntladi said information received on-site was that the collapsed building was used as a wholesaler and was still under construction. “They used wooden pallets to support the newly constructed upper storage floor and thinking that the structure was dry enough and stable, the contractor removed the supporting structures underneath and the entire floor collapsed, fatally crashing one of the workers.,” he said.