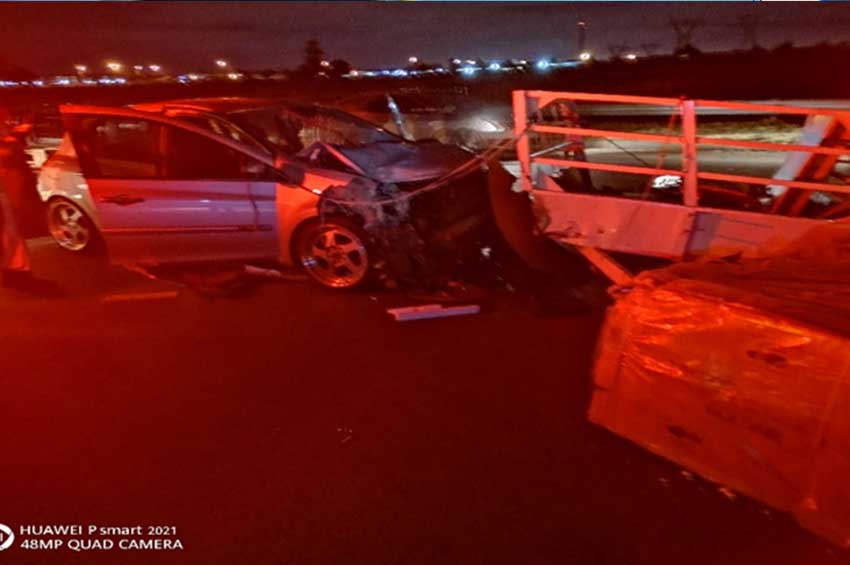 A sedan and a taxi pulling a trailer were involved in a gruesome crash on M7 road east bound next to Eden Park and Phola Park in Thokoza on 6 June.

A firefighting team from the Thokoza Fire Station responded to a scene where a taxi pulling a trailer and a sedan were involved in a nasty accident at Eden Park and Phola Park in Thokoza on June 6.

According to DEMS Spokesperson William Ntladi, the taxi allegedly made a u-turn in the middle of the road and the sedan driving on different direction collided with the trailer.

Ntladi said no major injuries were recorded on the scene except that two occupants from the sedan sustained minor injuries and were treated on scene by paramedics before they were transported to hospital.