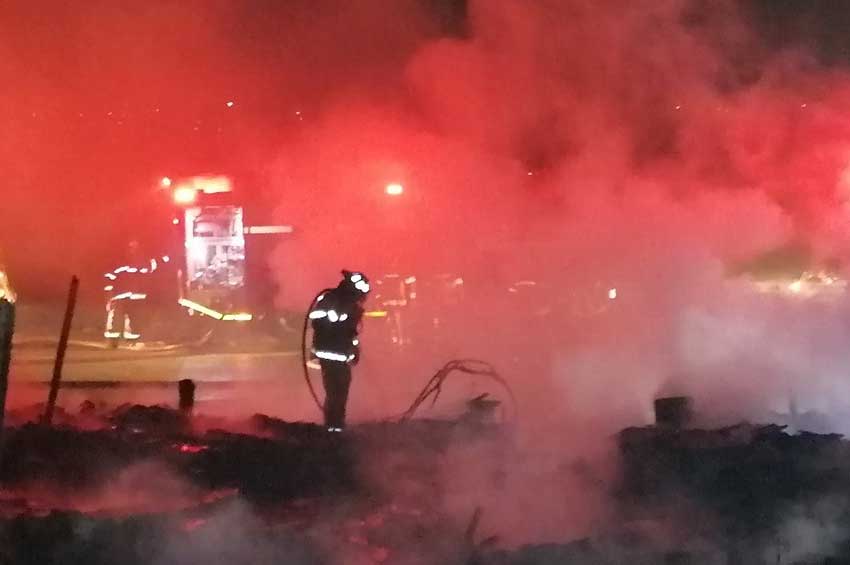 A total of 13 shacks including one which is a double story were burned down at the  Makausi Informal Settlement in Germiston on 20 June.

The City’s rescue and firefighting team from Primrose Fire Station, backed by those received from Bedfordview, Edenvale, Germiston, and Leon Ferreira Fire Stations responded to the scene.

According to DEMS Spokesperson William Ntladi the fire was aggressively attacking the shacks one after the other when the teams arrived.

“They robustly defensively and offensively attacked the fire using multiple major pumps and within an hour the fire had been contained,” Ntladi said.

Ntladi said no injuries were reported during and after the operation.