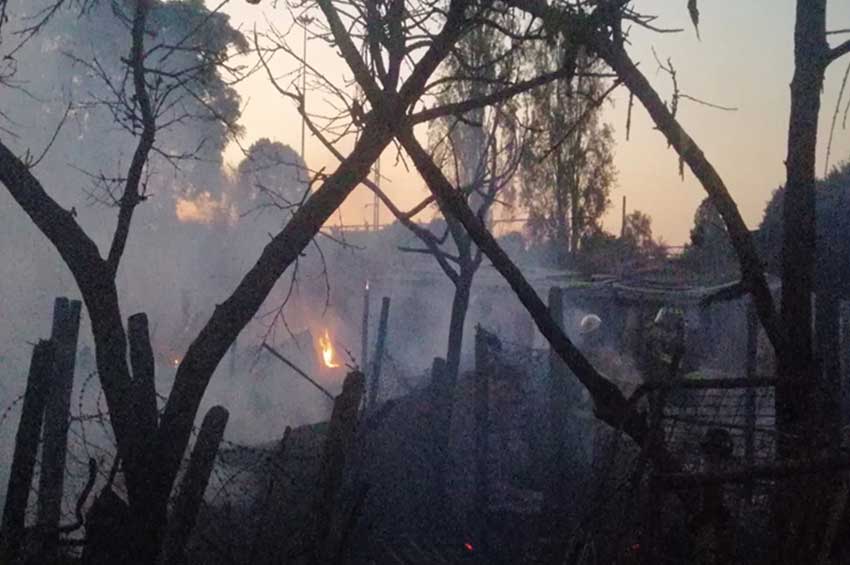 Over 30 residents of Marathon Informal settlements in Primrose are lucky to be alive when their shacks were gutted down by fire on 6 June.

A total of 13 shacks that shelters the resident were engulfed by flames burning their belongings. Fortunately, no one was injured during the fire breakout.

The City’s rescue and firefighting teams from Primrose, Bedfordview and Edenvale fire stations reported to the scene at around 2-am.

According to DEMS Spokesperson William Ntladi, on arrival to the scene long lengths of attack lines were laid by the teams because it was difficult for the fire engines to access the area. Fire suppression was initiated to contain and extinguish the blaze.

It is alleged that the cause of the fire is faulty electrical connection in the area.