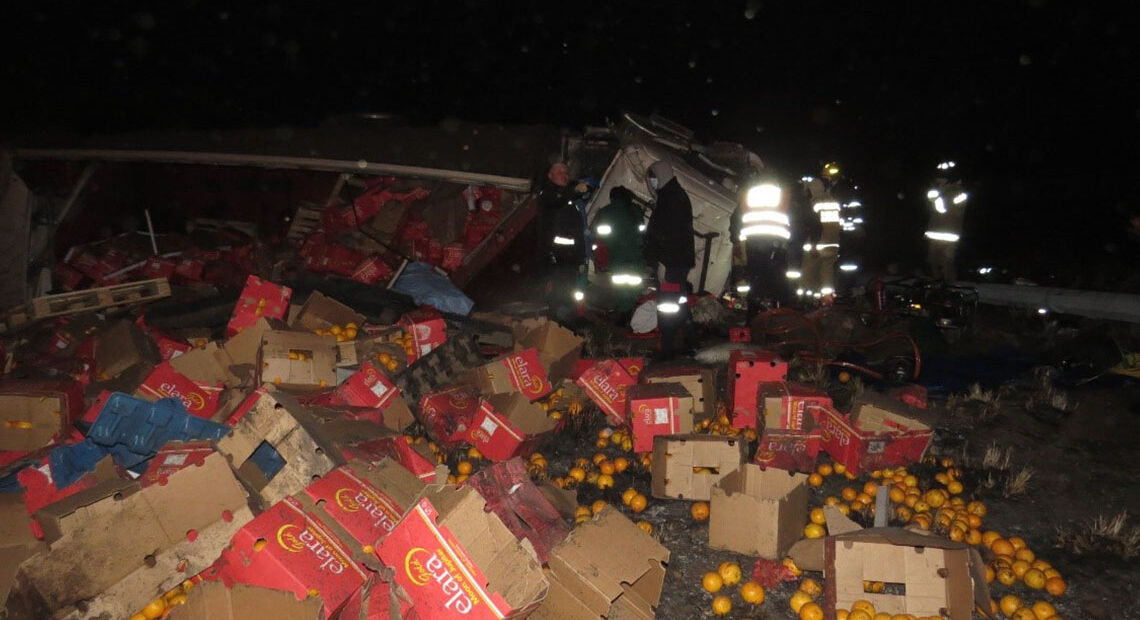 An articulated jack-knifed, critically injuring the driver and his assistant on R21 southbound just before the R23 Benoni turn-off on 24 June.

The City’s rescue and firefighting teams from Thembisa and Olifantsfontein were roped to the scene where the massive vehicle was on its side with both occupants still trapped inside the cab.

According to the City’s  spokesperson for disaster management William Ntladi, specialised rescue tools “jaws of life” had to be used to access the patients. The truck assistant was recovered within few minutes of arrival and transported to Thembisa hospital by a private ambulance while the driver was the last to be extricated after a couple of hours because his legs were trapped under the heavy truck`s cab.

“A medical surgeon was called by paramedics to perform an emergency amputation on the scene as it was the only available option to save the patient`s life. He was flown to Chris Hani Baragwanath hospital,” he said.