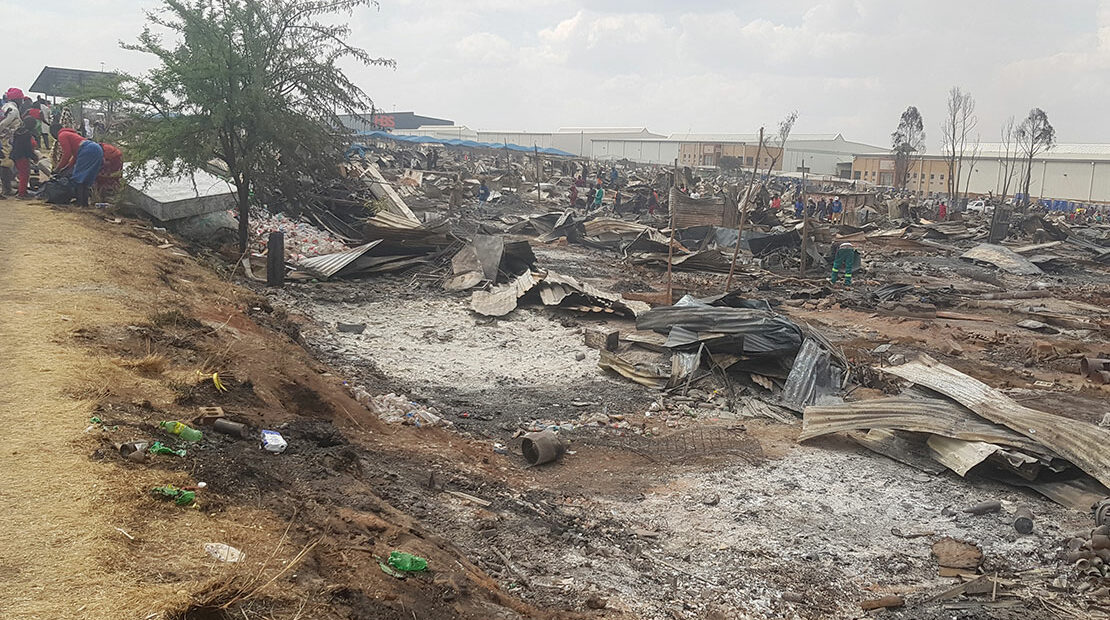 Disaster Victims Can Get Help from the City

The City of Ekurhuleni provides relief to resident victims of natural and non-natural disasters.

Ntate William Ncaba (52) benefited from the City’s disaster relief programme after his home in KwaMax in Kempton Park was burnt in a shack fire. He said the City rebuild his shack, and re-blocked their settlement to make it easier for emergency vehicles to access the area in a disaster. The City also provided solar panels so that they are able to charge their cellphones that will go a long to being able to call the emergency services.

“The re-blocking also contributed to reducing crime because shacks are no longer congested and it is easier to see a person from a distance,” he explained.

The City is involved with other stakeholders who have donated fire-safe appliances such as prototype stoves (using gel), solar lights, power banks and fire extinguishers to some informal settlements affected by shack fires.

For the City to intervene in an emergency related incident, the following process is followed:

In case of Life-Threatening Emergencies please call the following numbers for assistance: