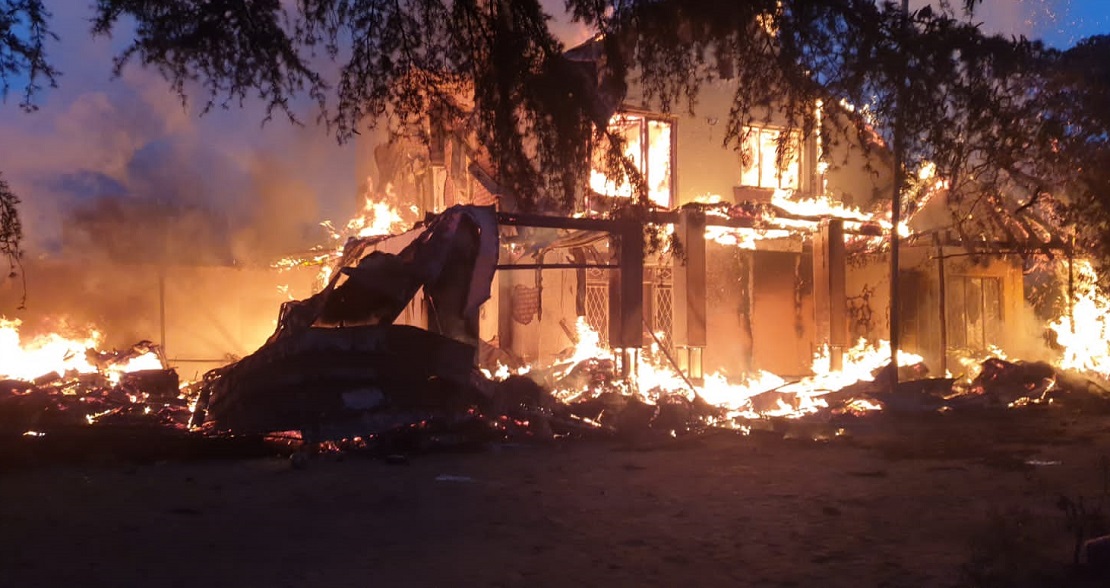 Double Storey House Up In Flames

The Kempton Park rescue team responded to the call and on arrival, flames were already burning through the upper floor of the double storey house, with the thatch roof also on fire.

The fire was already spreading to neighbouring buildings and backup was called in from the Commercia, Edenvale and Thembisa fire stations.  Eighteen fire fighters were part of the crew and while busy with fire suppression, the roof started collapsing due to intense fire damage and the high amount of heat.

During the operation, one of the first floor pillars collapsed, fortunately none of the crew were affected. Fire was officially reported extinguished the next day at 11h30.