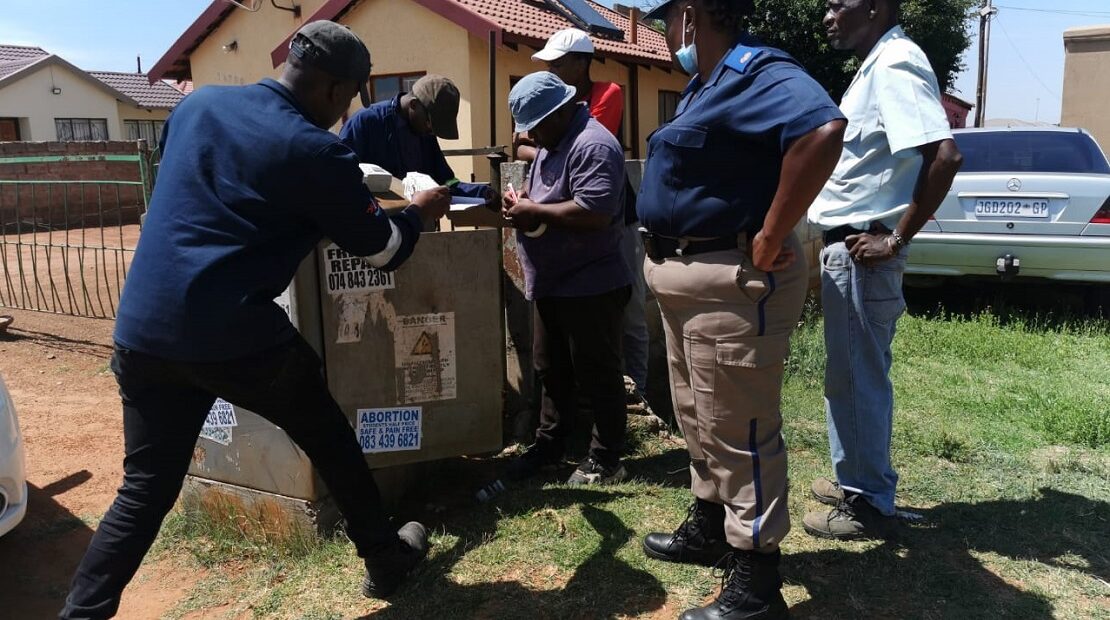 Seven property owners were issued with R3613.79 fines and had their properties disconnected from the grid after they were found to have tempered with their electricity meter boxes in Brakpan on Wednesday, 06 January 2021.

Two more were fined same amount while others were fined R7227.59 in the same area on Tuesday, 5 January 2021 for repeat offending.

The disconnection raids are part of the city’s fight against electricity theft, and have been carried out in areas including estates, flats and residential houses to curb the costs of lost revenue and replacement of damaged electricity infrastructure.

In addition to paying the fines, the offenders will pay the estimated electricity use for the duration of the illegal connection, meter bypassing or tempering.

Residents are encouraged to report electricity theft on the City’s Service Delivery Call Centre at 0860 543 000.