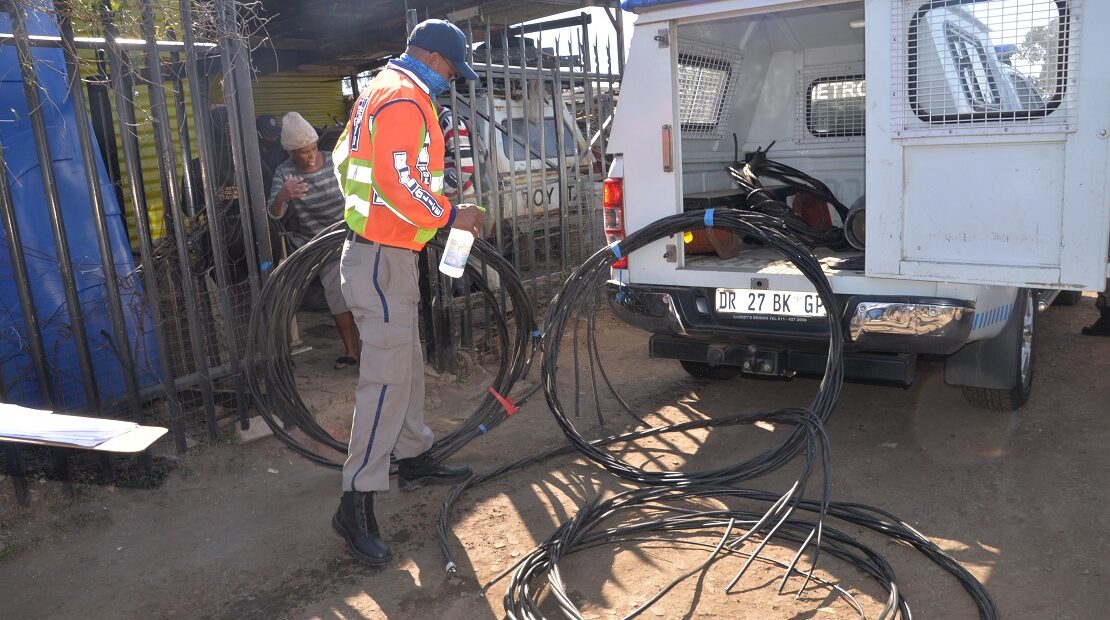 The City has invested large amounts of money in the electrical infrastructure including kilometres of cables to connect customers to the grid. However, the prevalent cable theft remains a hindrance to stable power supply.

As such, in the quest to stop this criminality, the City is implementing an early warning solution that will afford them a quick response where theft is taking place.  The installation will reduce the downtime and risk of theft.

The early warning solution project is currently ongoing at identified hotspots across the City; the intention is to fully integrate the technology on all existing and new cable installations.

Modiehi Dlamini, senior electrical engineer, says the project aims to curb the rising theft of cables to secure and safeguard them.

“We are working to catch the criminals in the act and have them arrested and prosecuted. Recently, we have seen positive results as 90% of the cables that would have been stolen resulted in attempted theft due to the quick response from the security company monitoring the cables,” said Dlamini.

Furthermore, Dlamini emphasises that the fight against cable theft needs the involvement of all citizens.  Community members needs to play an active role and report any criminal activities around them to the service delivery call centre on 0860 543 000.