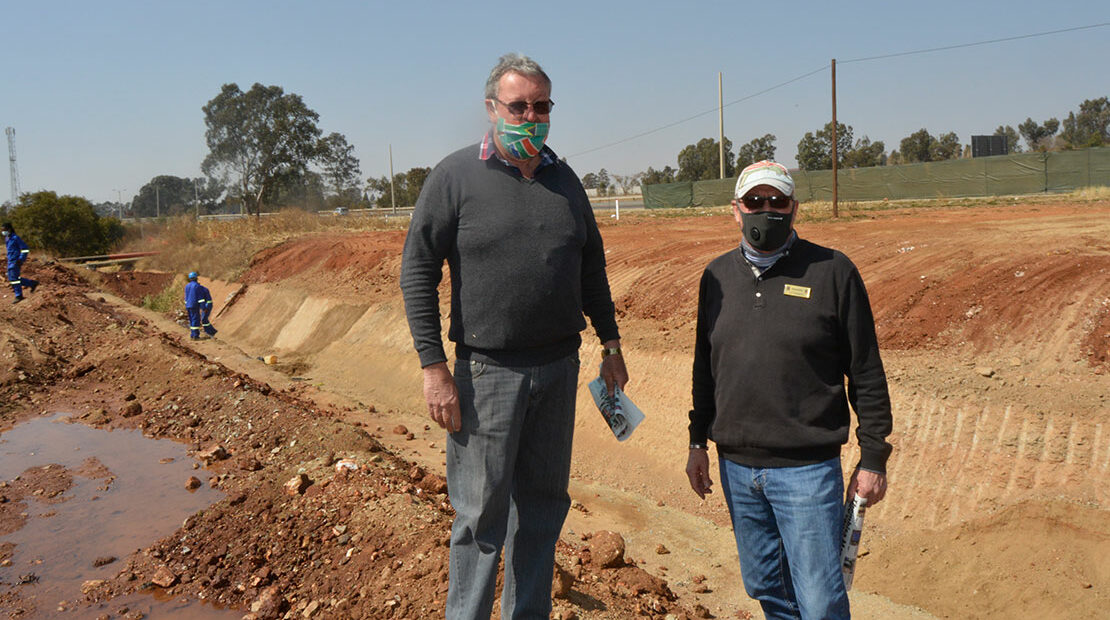 Ekurhuleni is commended for its Work

The Olifantsfontein Business Community (OBF) has showered the City of Ekurhuleni with praise for its timely intervention in rehabilitating the sinkhole along the heavily industrialised R562 road.

Sol Botha from OBF said their members were worried that, if not attended, the sinkhole would swallow over 35 buildings that were within its vicinity which includes the Phumlani Mall in Thembisa.

“We have been monitoring the rehabilitation process and are happy that we can operate our business without any fear,” he said.

The City’s councillor for Ward 1, Cllr Derek Thomson said rehabilitating the sinkhole would be completed at the end of October.

“The quality of the work here is exceptional and we seem to be on course to meet the deadline of October,” he said.

This sinkhole was first noticed on 13 January following flash floods that hit the area.  Within a short period it had grown by more than 20 metres in diameter and 6m deep, exposing the City’s bulk water pipes, power cables and the Sasol bulk gas pipe.

Due to the size of the sinkhole and the exposed water and electricity structures, the City opted to close the road until further notice.