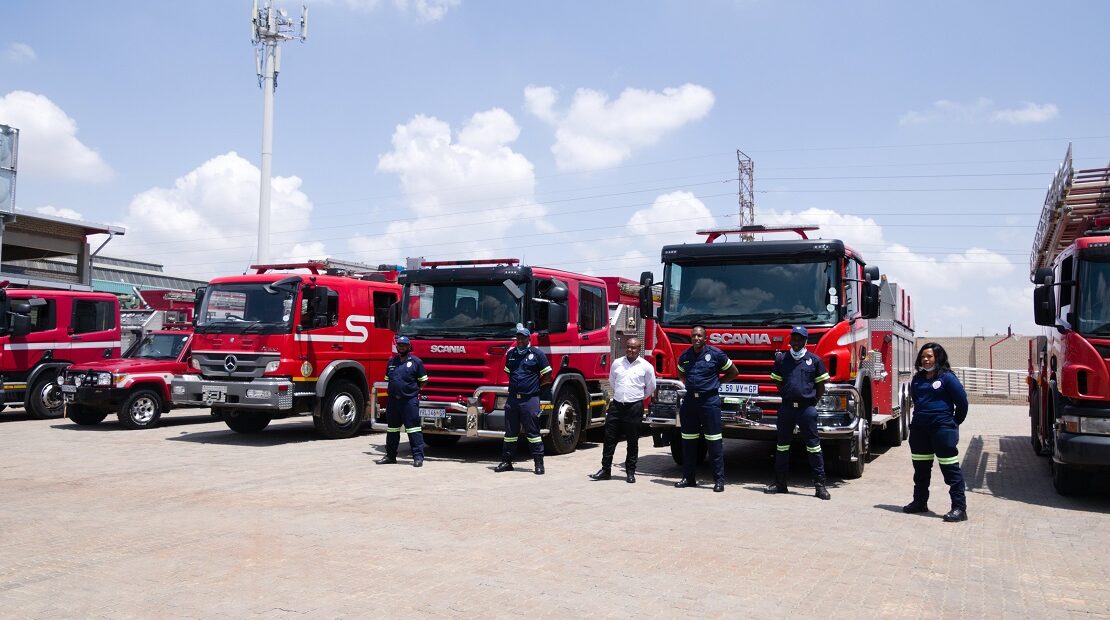 The safety of Ekurhuleni residents and surrounding areas is guaranteed with the official opening of the new firefighting concrete giant, the Olifantsfontein Fire Station, on Friday, 9 October in Clayville, Thembisa.

During the official opening of the station, the Executive Mayor of the City of Ekurhuleni, Cllr Mzwandile Masina, said a fire station was not only about firefighting but fundamentally is a basic human right.

“It is our duty as a City with 119 registered informal settlements that we invest in infrastructure that is capacitated with adequate resources to protect our residents,” he said.

The mayor further stated that the City’s investment in firefighting equipment had not only serve the people of Ekurhuleni, but the entire Gauteng Province had benefitted.

“You will remember that fire fighters and equipment from the City were instrumental in combating the blaze that engulfed the Bank of Lisbon building in Johannesburg two years ago,” he said.

The R41 million fire station is home to five fire engines, which are:

Some of the new amenities that that have been included is a locker room with fire gear lockers for the staff on duty, a physical fitness training facility as well as a boardroom.

The fire station has 43 personnel divided into four shifts with an additional reserve force members. The station will service Ekurhuleni residents efficiently as it has more resources and more capacity than the previous old fire station.

The community is urged to take care of this resource and respect the personnel who have dedicated their lives to ensure the safety of City of Ekurhuleni and its people.