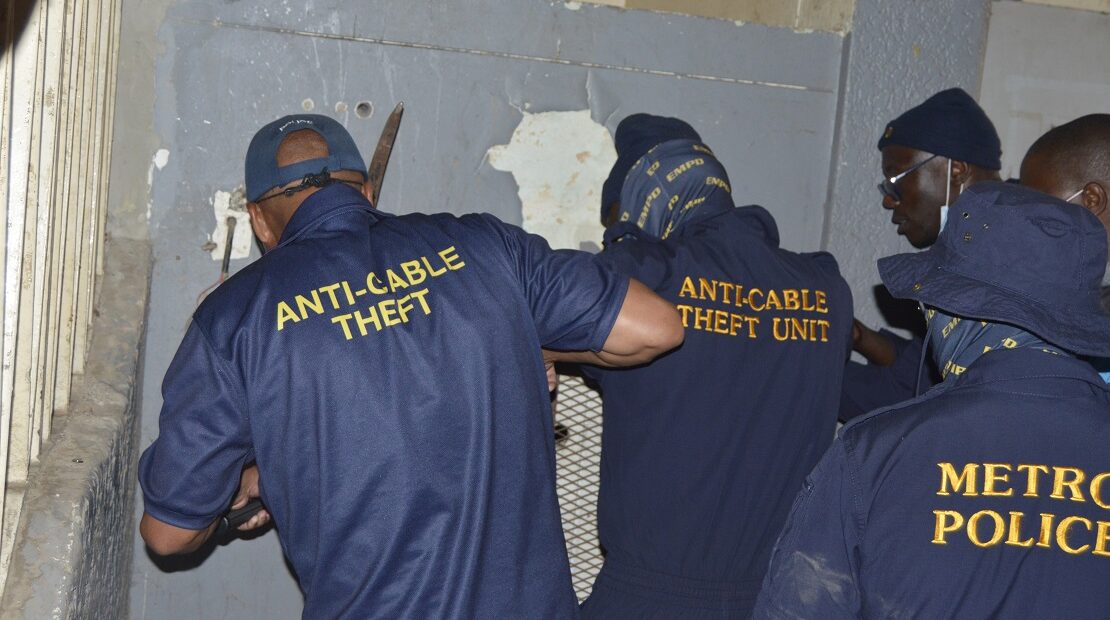 The City of Ekurhuleni has disconnected four businesses that owed more than R5 million in Benoni central business district on Wednesday, 14 October 2020.

This was part of a wider campaign to fight illegal electrical connections.

The City lost R1.2 billion in revenue and damaged infrastructure during the 2019/20 financial year due to illegal electricity connections.  Among the commercial buildings that were cut off on Wednesday were two buildings, one rented out as residential flats and the other as shops.

Two of the four buildings were each owing the City more than R1 million, whilst one owed R2 million.

The disconnection in Benoni followed a similar raid in Meyersdal on Tuesday, 13 October, when residents in affluent estates with properties worth millions of rands were found to have tampered with or bypassed electricity meters. They were disconnected and issued with R3 613.79 fines.

These operations will continue across the City until the habit of electricity theft is adequately dealt with.

When seeing or noticing electricity meter tampering, residents are urged to report it to 0860 543 000.