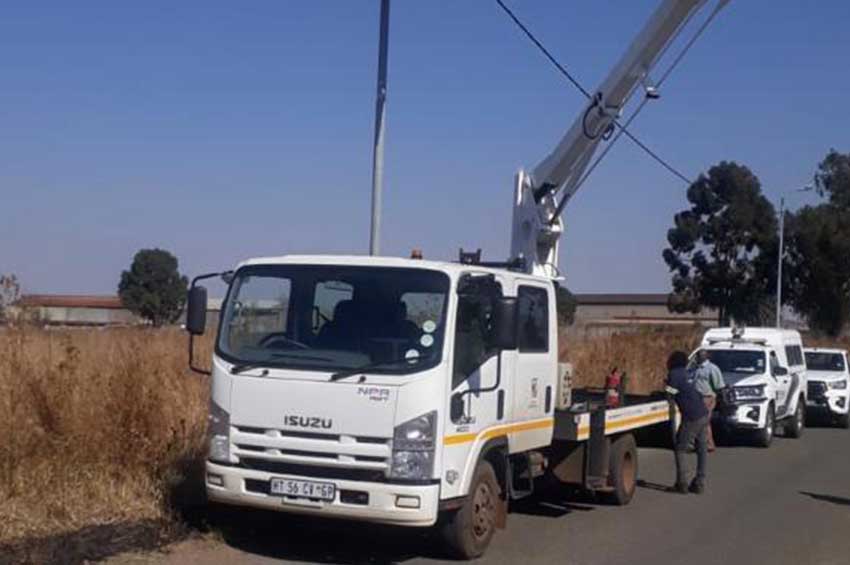 A planned operation to disconnect illegal connections on streetlights in Vulcania South near Brakpan area yielded positive results as it led to the discovery of stolen cables belonging to the City.

A private security company contracted to the City working together with the Energy department’s officials carried out an operation on Wednesday, 16 June to disconnect illegally connected cables on streetlights.

The team managed to disconnect illegal connection from 13th Road in Vulcania Brakpan leading to the nearby Mkhancwa informal settlement, whereby 30m x 25mm of streetlight bundle wire was disconnected.

All cables and aluminium wires were taken to the Brakpan Energy workshop for safekeeping.