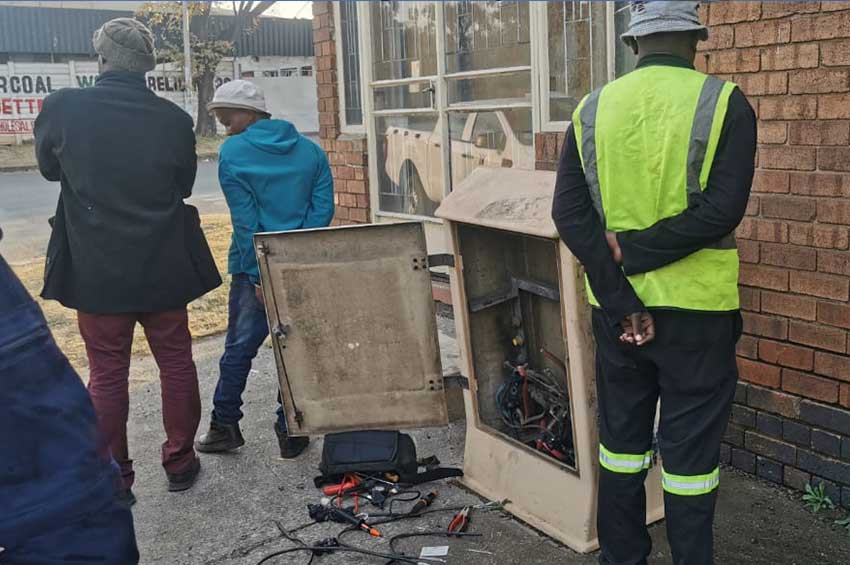 This was done through the appointment of private security companies and the use of technology to complement the work already done by the City’s metro police officers.

This was revealed by the MMC for Water, Sanitation and Energy Cllr Senzi Sibeko during a community meeting in Kempton Park on 7 July 2022 to update them on the steps the City is taking to reduce power outages.

“We have experienced a high number of vandalism on our infrastructure. In some cases, the vandals just cut down streetlight poles and leave them on the ground without taking anything. The theft and vandalism have become a trend in municipalities throughout the country,” Cllr Sibeko said.

The additional security measures are to secure infrastructures such as substations and cables which are mostly targeted.