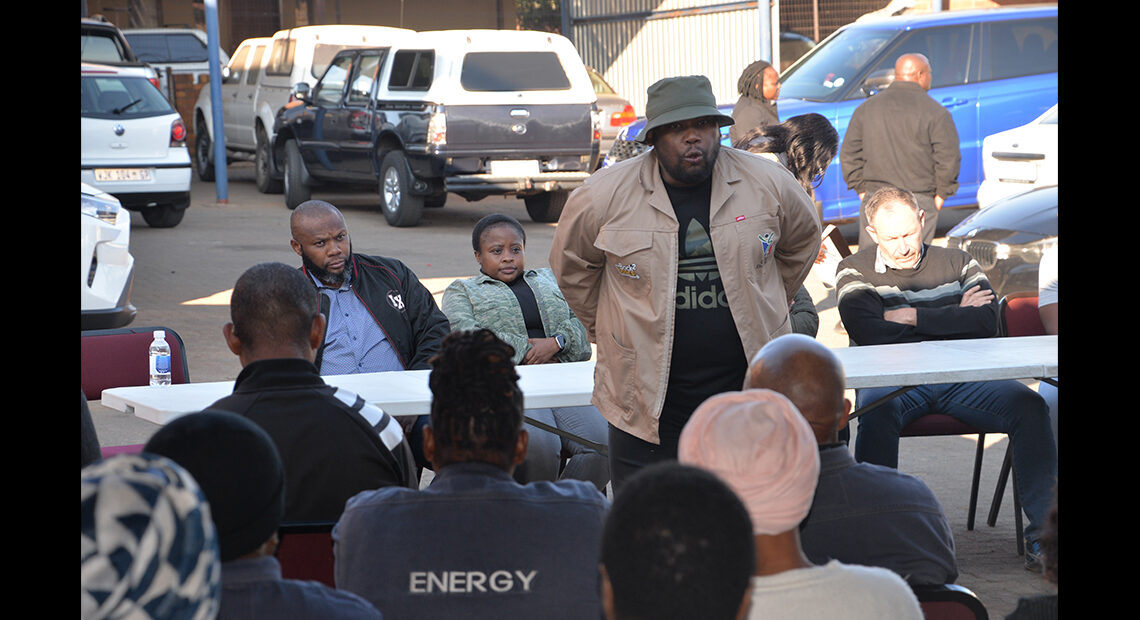 MMC for Water, Sanitation and Energy, Cllr Senzi Sibeko commended the city’s technicians for sterling work during the Thembisa protest.

MMC Sibeko was speaking during a visit to the Thembisa energy depot on Friday, just a week after a lengthy and disruptive service delivery protest in the township.

“Our technicians had to attend to faults amidst the violence. The situation was so tense that at some stage we had to withdraw the employees due to safety concerns,” he said.

“Equally, they came back and addressed the power outages when calm was restored which is commendable,” he said.

Sibeko called on the residents not to destroy infrastructure during service delivery protests as they are likely to need it after the demonstration.