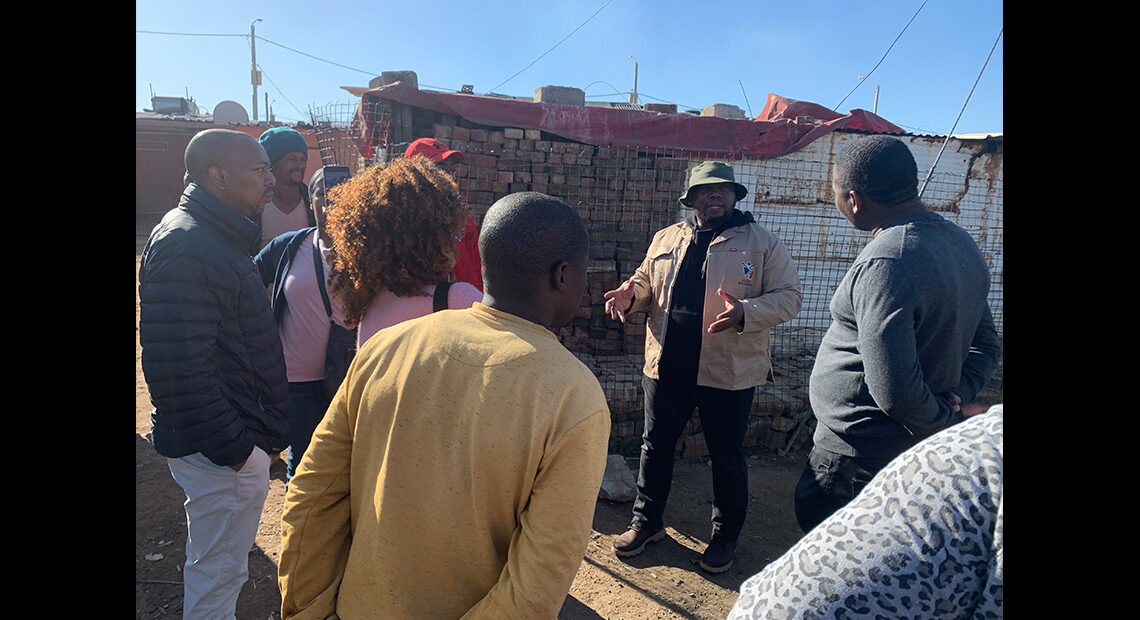 This week Member of the Mayoral Committee (MMC) responsible for Water, Sanitation and Energy Cllr Senzi Sibeko embarked on a fact-finding mission to assess the extent of vandalism and illegal connections in Germiston.

The focus was to understand issues raised by the community through petitions and memorandums handed over to the City. The City also held a public meeting with residents of Germiston in recent weeks.

The visits, which in some areas ended up in community engagements, took place in Germiston Extension 9, Dukathole and Somalia Park.

“I urge and plead with you to take action and work with the City to stop any form of vandalism on the infrastructure, and illegal connections as these put a strain on the electricity grid resulting in tripping of the system,” said Cllr Sibeko.

Among his findings was that a syndicate is believed to be operating in some of the visited areas that sell and trade in illegal connections.

“This is a setback as residents are willing to pay for legitimate services,” said the MMC adding that these syndicates must be exposed and reported. Residents, he said, must refuse to be exploited by criminals posing as energy service providers.

Residents are encouraged to report illegal activities to the City’s Services Call Centre on 0860 543 000 / Twitter on @CoE_Call_Centre / Email: Call.Centre@ekurhuleni.gov.za