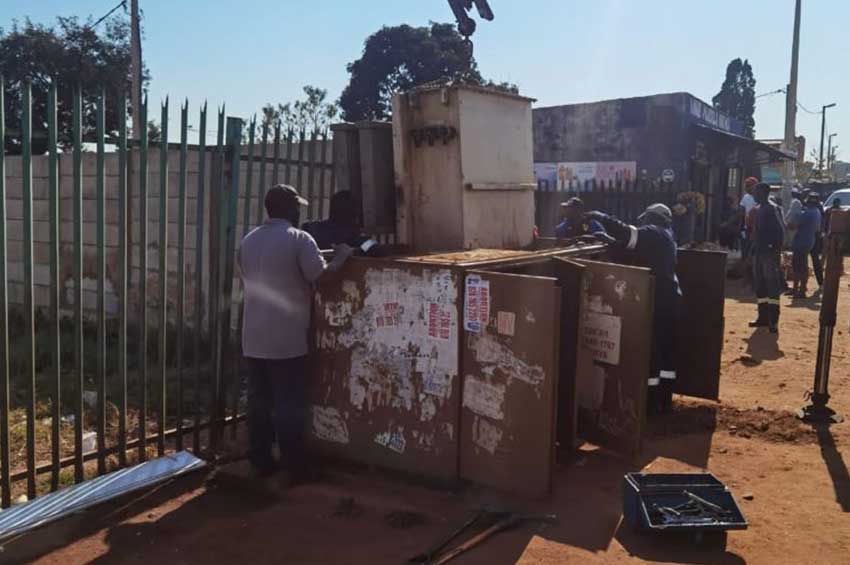 The City has successfully repaired the substations which had blown up and power has since been reconnected to residents of the Winnie Mandela area in Thembisa.

This area was plunged into darkness following damages to the two substations which blew up a week ago.

Preliminary investigations reveal that illegal connections and electricity theft were the causes of the damages.

Foreign objects were found in the two substations that blew off. One had isolators that were never installed by the City, while the other one had the switch gear vandalised so that illegal switching off and on could easily be done on the transformers.

The repairs to the damaged infrastructure have come at a huge cost to the City as over R1million was spent.

The City is currently on a campaign to remove illegal connection across the City.

Residents are urged to report illegal connections and tempering with infrastructure to 0860 543 000.