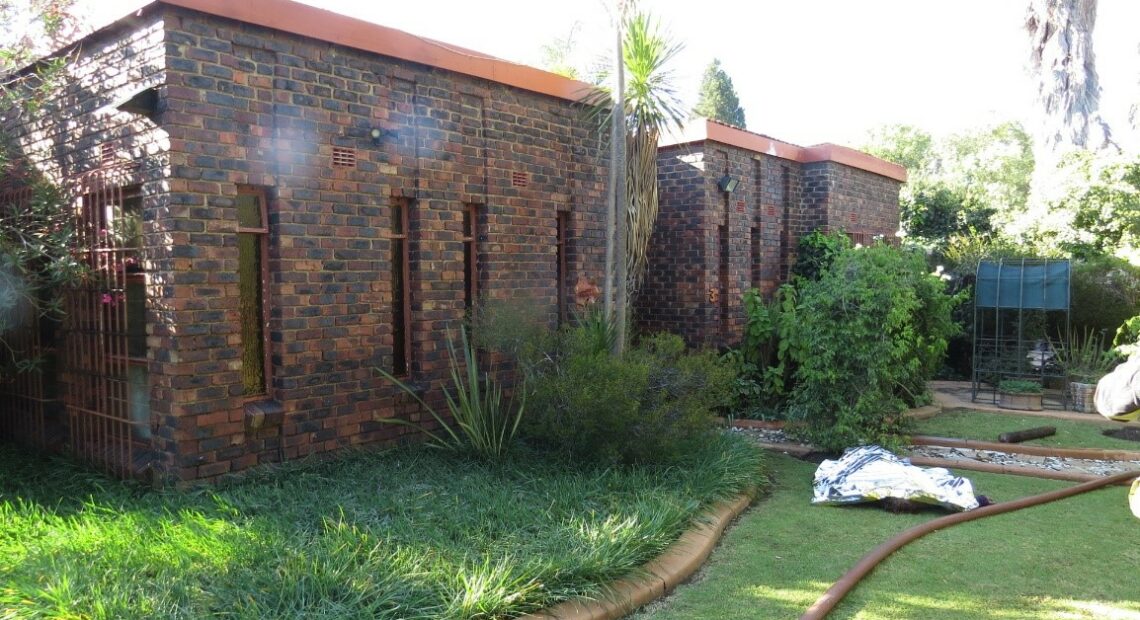 Fire Fighters save House on Fire

A team of fire fighters from the Alberton Fire Station fought frantically to extinguish a fire that had engulfed a multi-roomed house in Brackenhurst on 11 May.

According to the City’s Disaster and Emergency Management Services (DEMS) Spokesperson William Ntladi, when fire fighters arrived on the scene the house was already up in flames.

“Neighbours were trying to contain the blaze. An adult female and the owner of the house were trapped inside with several dogs,” he said.

Ntladi said the crew did search and rescue to recover the trapped female and her dogs.

“The unconscious mother was found in the kitchen area next to the door before being lifted out to safety. Three small dogs were found still alive while the other two were found unconscious in different rooms in the house. Private paramedics took over from the fire fighters to revive the unconscious patient.

“Unfortunately, she did not respond positively and was declared deceased on the scene. Two of the dogs were declared dead on the scene, while the other three were kept in a safe place before being handed over to SPCA officials,” he said.