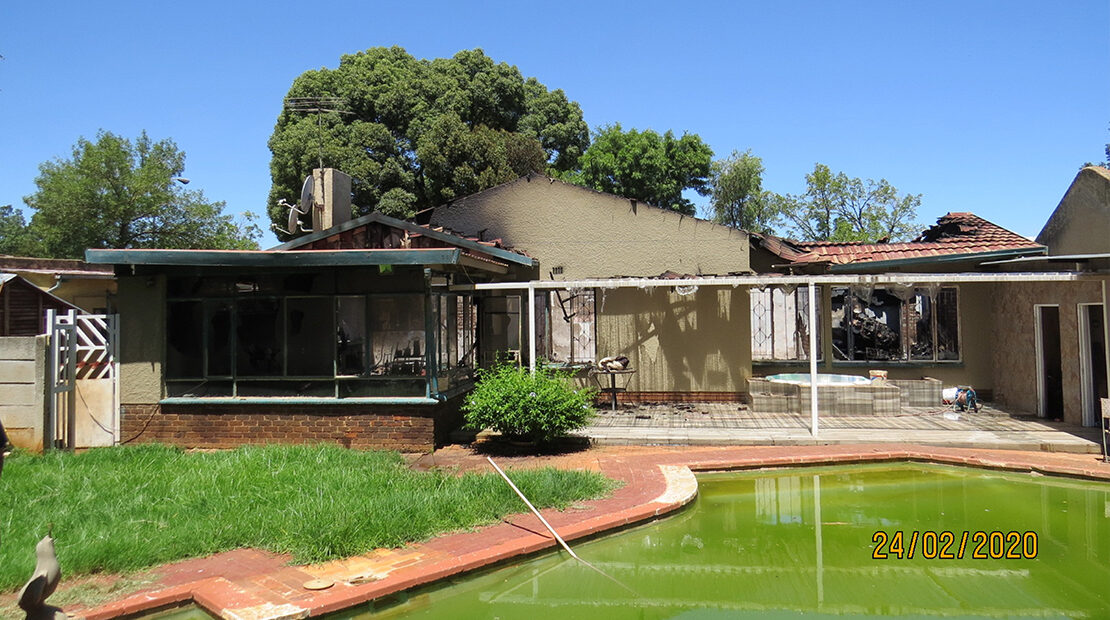 Fortunately no-one was injured when an a house in Hogsback Street, Rondebult, was destroyed by a blaze in on Monday, 24 January.

Rescue teams from the City’s Disaster and Emergency Management Services (DEMS) from Wadeville, Germiston central fire and Thokoza stations responded, sending three fire engines to the scene after the call was logged at 10h30. On arrival, the house was ablaze and the roof had already collapsed.

Firefighters immediately initiated defensive fire suppression because of gas cylinders exploding inside the house and managed to salvage a 48kg gas cylinder from one of the rooms – which was a potential risk.

As per information on the scene, the fire is said to have started in the absence of the occupants. No casualties were recorded on scene.

The cause of the fire is still undetermined and is under investigation.