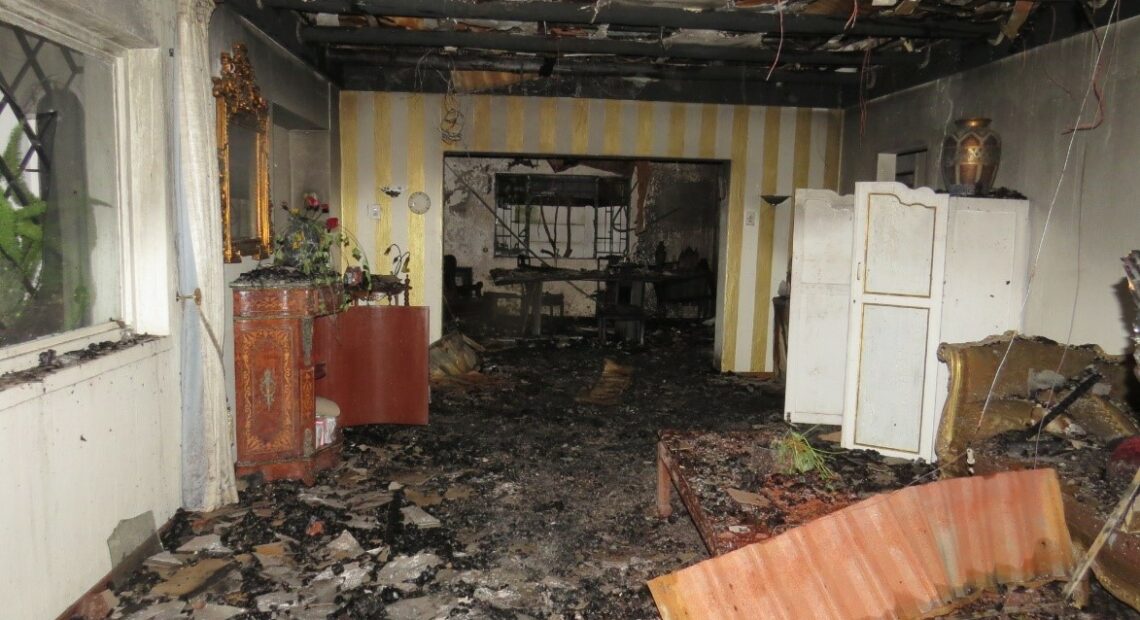 Firefighters from the City responded out promptly to a 10- roomed house on fire in Bedfordview on 13 May.

A team from Bedfordview were alerted of the burning flats by members of the public.

According to DEMS Spokesperson William Ntladi the entire house was engulfed by flames and thick black smoke.

Part of the roof had already collapsed. The only part of the structure that was saved is the garages and outside rooms. They were as well subjected to fire because radiant heat. The wind was blowing flames in their direction. Offensive fire suppression and flame knockdown was the initial mode of attack implemented,” he said.

Information received on scene was the occupants of the house were burning papers on the fireplace.

“Apparently, the fire started after the wooden trusses caught alight and flames spread through the roof section before the entire house content was involved,” he said.

No casualties were recorded on scene.