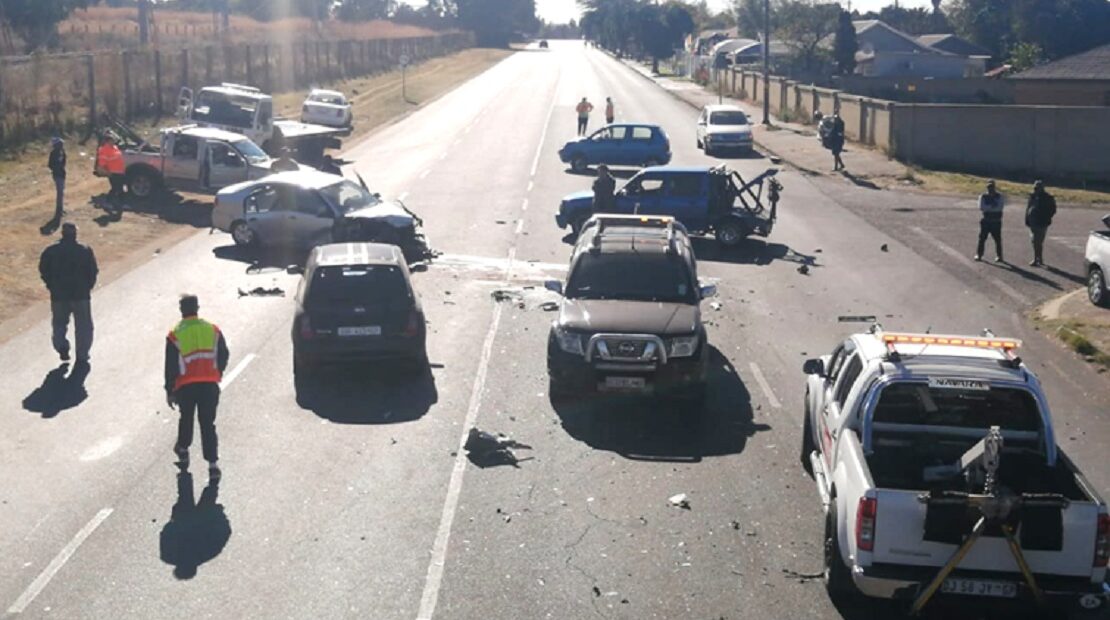 Four people were lucky to be alive after a pile up after five cars were involved in an accident at the intersection of Oliver Street and Van der Merwe in Elsburg Germiston on 22 May.

According to DEMS Spokesperson William Ntladi, the three patients sustained minor injuries and were transported to Bertha Gxowa Hospital.

He said one patient sustained serious injuries and was transported to Thelle Mogoerane Hospital.

Ntladi said when the City’s rescue and firefighting team from Germiston Fire Station arrived on the scene; one patient was trapped in the vehicle.

“The Fire and Rescue team had to use Hydraulic equipment to extricate the trapped patient,” he said.