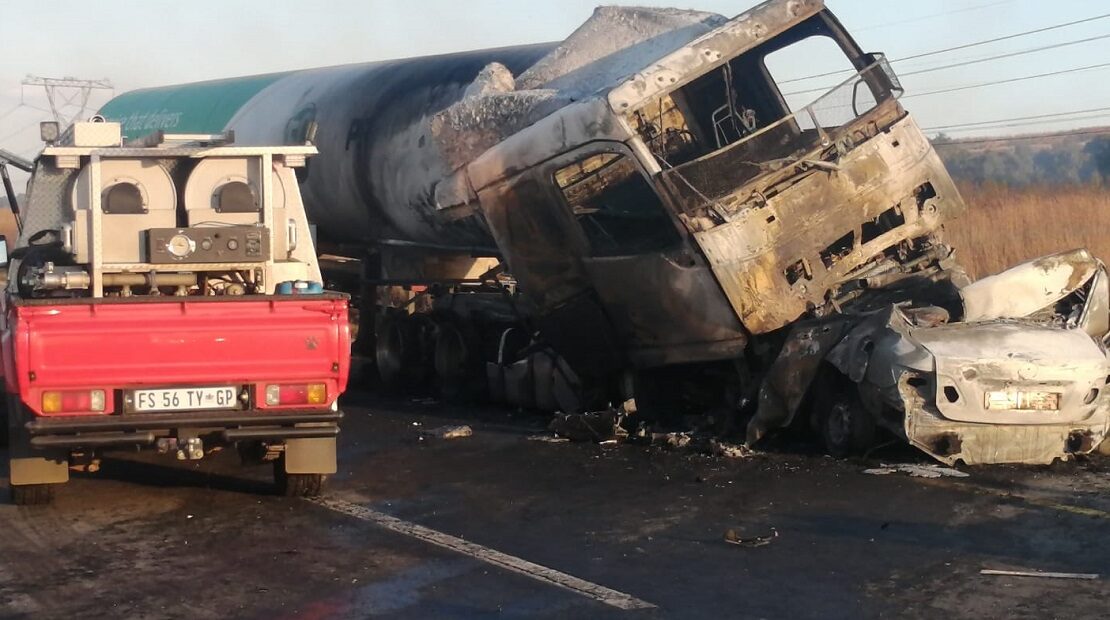 The City’s Ekurhuleni Disaster and Emergency Management Services (DEMS) were at hand to provide rescue operations during a head on collision which involved an Air Liquid Product truck and a sedan vehicle on 18 April.

Both vehicles caught fire following the fatal accident which happened on the N17 road near Springs.

According to DEMS Spokesperson William Ntladi two adult bodies were trapped and burned beyond recognition. He said once the fire had been put out by the DEMS teams a charred body of a minor was also recovered.