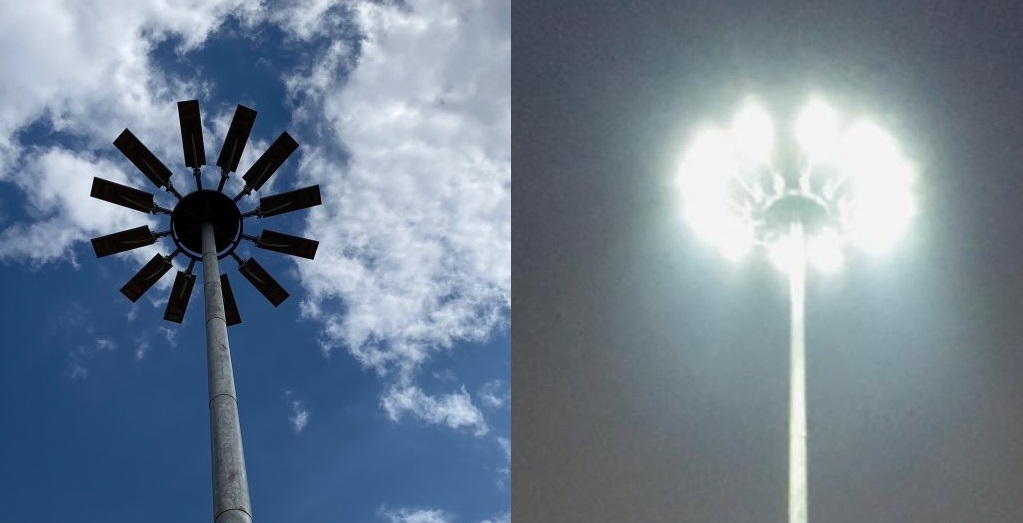 The Executive Mayor of the City of Ekurhuleni, Cllr Mzwandile Masina, recently switched on 12 solar high mast lights in Tsietsi informal settlement near Zonkizizwe in Katlehong.

So far over 40 high mast lights have been installed in Marikana, Msholozi, Dukathole and Ramaphosa informal settlements.

During the switching on of the lights in Tsietsi, Mayor Masina said he was happy that people from the area were involved in the erecting of the flood lights.

“Approximately 25 people from Tsietsi were employed in the installation of the high masts that we have in this area,” he said.

Energy Department Divisional Head Tshilidzi Thenga said the solar high masts are based on Light Emitting Diode (LED) technology which is the most energy efficient technology for lighting.

“These solar high masts have integrated batteries which store the energy that is generated during the day for usage during the night. The high mast has been fitted with a time dependent switch to switch on at sunset and off at sunrise,” he said.