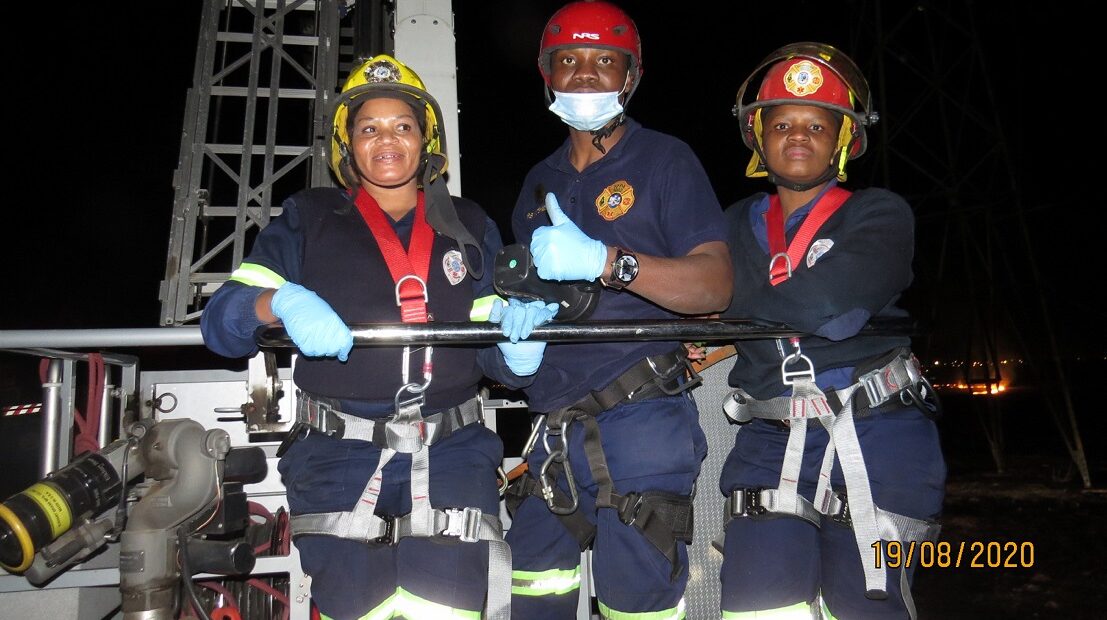 Job Well Done: Two Women in Uniform Take Matters in Their Own Hands

The City would like recognise the bravery of the two female fire fighters who entered a hydraulic platform cage to recover the charred body of a man found hanging from a high voltage electrical pylon at Withok West Agricultural Holding in Brakpan on 19 August.

This was their first dangerous call and taking the lead after receiving their rescue qualifications. The two brave female fire fighters, Mnakwena Moloto and Maphuthi Ramokolo, volunteered for the task at hand.

“We are thrilled to have woman in our team. When we started with the rescue, I was not sure if they will be able to pull this off, but they certainly did and very well. On behalf of the City’s Disaster and Emergency Management Services (DEMS), we would like to extend our appreciation for the amazing work done by these dedicated women in uniform. You showed leadership qualities that the rest of the team can look up to,” said Shift Manager Philimon Kgoloko Maredi.

Apart from women’s traditional roles as mothers, wives and caregivers, statistics show that women are making great progress in various professions. Women have been firefighters for much longer than most people realise.

Firefighting has historically been a predominantly male profession, however, women have made inroads in this challenging profession and they are enjoying it.