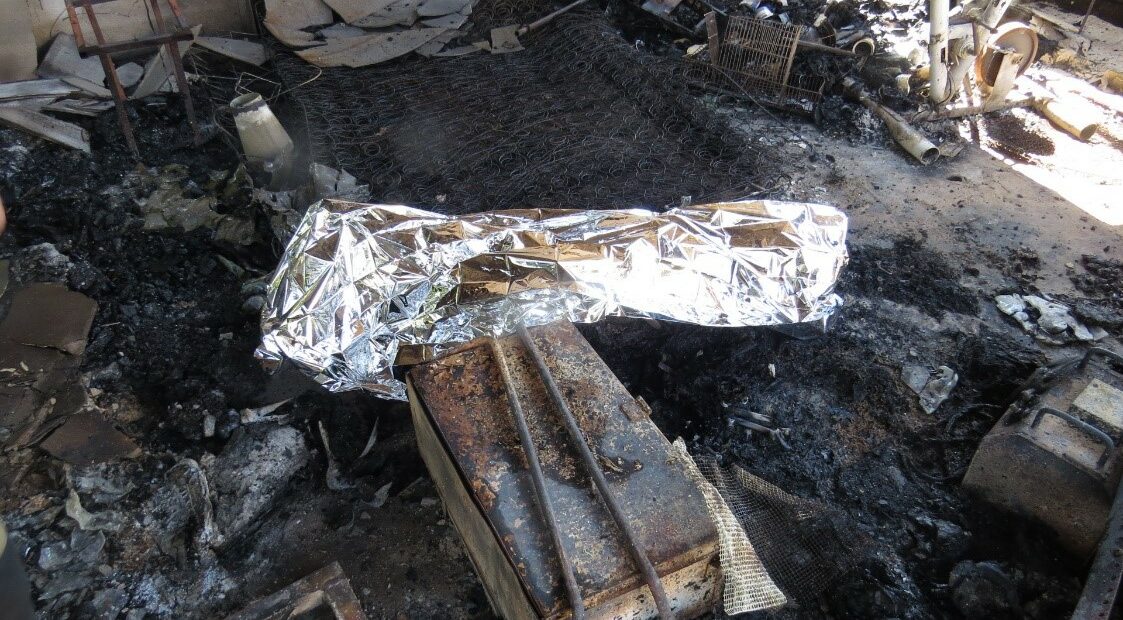 An elderly man died a gruesome death after his backyard shack burned to ashes on 3 May in Leondale.

The City’s rescue and firefighting team from Wadeville received the call at 08h35 and, according to DEMS Spokesperson William Ntladi, when fire fighters arrived on the scene the fire had consumed the shack.

“Inspection was then conducted, and the charred body of man was found lying supine on what was the bed. Only smouldering hot spots were cooled off by the firefighters before provincial paramedics were called,” he said.

Investigations on the cause of the fire is still being conducted by the South African Police Services.