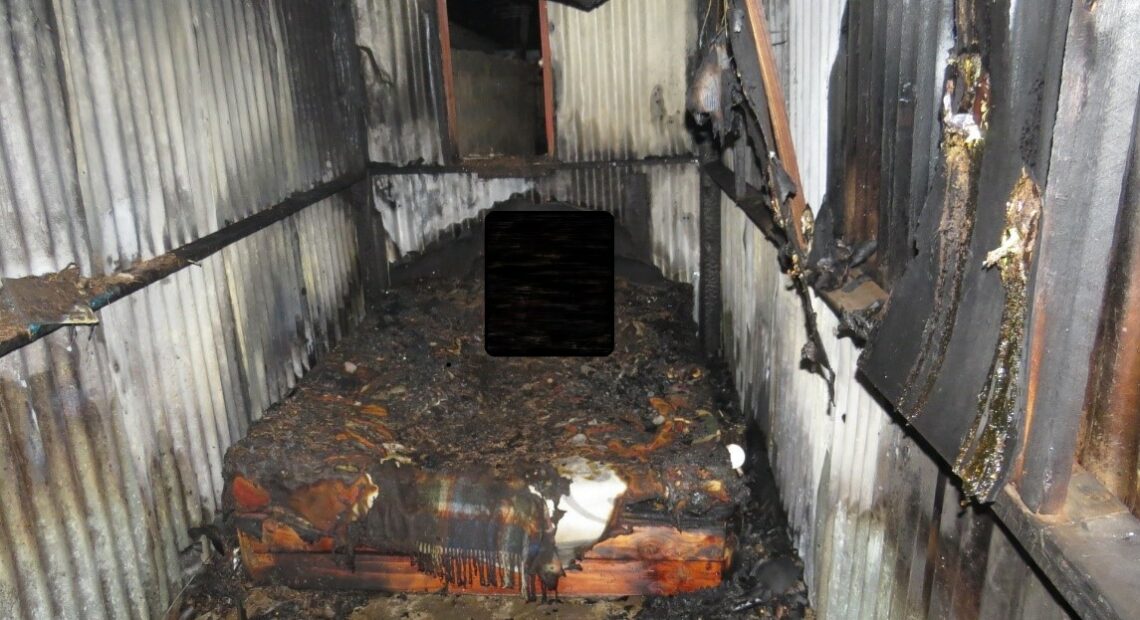 An elderly man (73) died after his backyard shack burnt down on 10 May in Thokoza.

Spokesperson for the Disaster and Emergency and Management Services (DEMS) William Ntladi, said when firefighters from the Thokoza Fire Station arrived on the scene the fire had already been extinguished by members of the public.

“Inspection was then conducted, and the body of the deceased was found lying on the remains of a bed. All hot spots were cooled off to prevent re-ignition of the fire before the scene was handed over to the ambulance services paramedics, who were on scene,” he said.

Investigations continue to determine the cause of the fire.