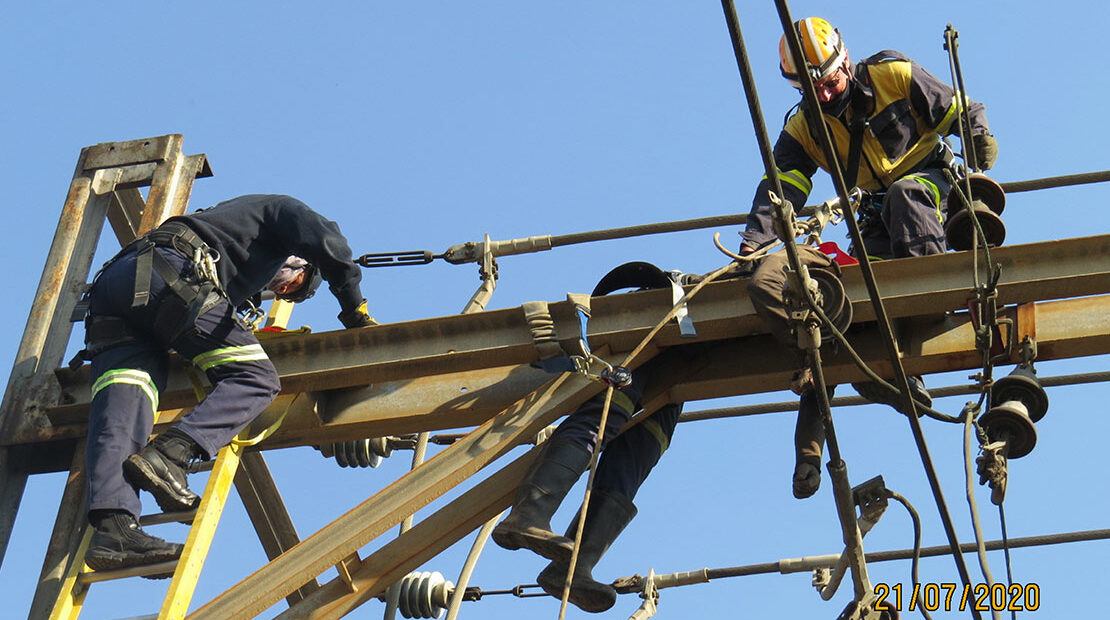 Emergency teams from Boksburg, Edenvale and Bedfordview fire stations were dispatched to attend on Tuesday, 21 July.

Working together with Prasa and police officials, the scene was cordoned off and the power supply switched disconnected before rescue workers could climb the 8.5 metre high switch structure above the rail lines. The man was found to have sustained intense electrical burns in both hands that penetrated through the body. He was unresponsive.

In a difficult operation, rescuers in safety gear, including face masks from the City`s emergency services, managed to lower the charred body to the ground.

It is alleged that the victim was tampering with the power lines that are charged at three thousand volts (3 Kv). It was found that none of the five railway lines power supply was intact and loose snapped power lines were seen hanging from switch structures. No electrically-powered locomotives could operate through the station that links both the City and Johannesburg with Isando industries, OR Tambo Airport and Pretoria. Tools were also found on the railway lines directly under where the man was found hanging.

Paramedics on the scene declared the man dead and the body was handed over to Forensic Pathology for removal to an appropriate facility in Germiston.

The case has been handed over to the SAPS and an inquest docket has been opened.