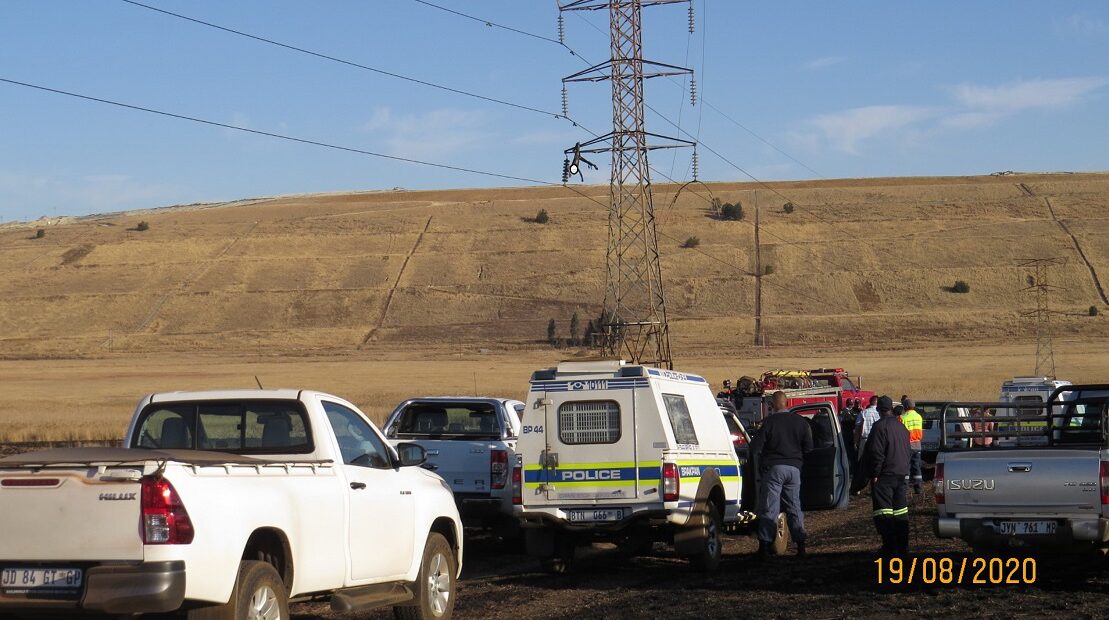 A man was electrocuted to death when he allegedly tried to cut 88 000 volts of electrical cables at the Withok Agricultural holdings in Brakpan.

The City’s Disaster and Emergency rescue team were alerted to the incident on 19 August at around 16h00. A hacksaw and screwdriver were found on the ground underneath where the body was hanging.

Electricians first had to isolate the power supply before the two women rescuers, who volunteered, brought the body of the deceased down.

The scene was handed over to the police for investigation and the body removed by forensic pathology officials.