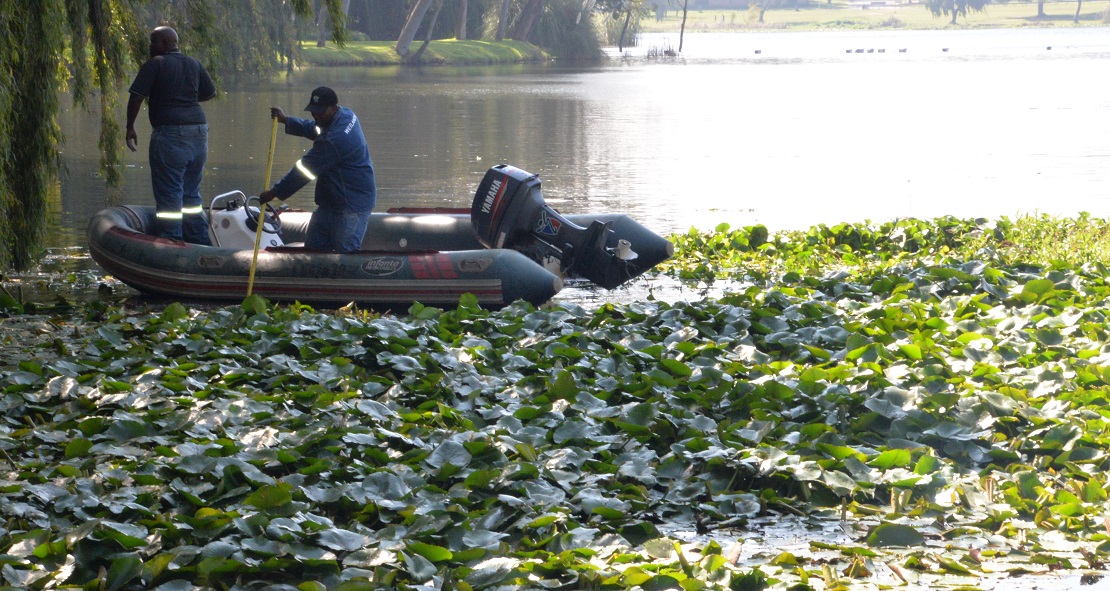 The fight against water hyacinth is a never ending one, however sustained attacks and various monitoring techniques are said to be the best weapons for winning this war.

In intensifying its fight against hyacinth, the City has joined hands with Rhodes University’s Centre for Biological Control to release biocontrol insects to help curb the invasive hyacinth.

As a pilot project over 2 000 Neochetina beetles – which is one of the biocontrol insects used to manage water hyacinth – were released into the Witfield Dam in Boksburg.  Currently the dam is 90% covered in hyacinth.

Mankgodi Hlongwane, a specialist in biodiversity and conservation said through this joint fight, the City aims to determine pathways of new invasions, the invasion ecology and the management of emerging aquatic weeds.

“Water hyacinth needs to be eradicated and since the infestation is severe in most dams across the City, we need an integrated approach in removing, controlling and eradicating these aquatic weeds,” explained Hlongwane.

Furthermore, Hlongwane said following the release of the beetles, the dam will be monitored quarterly by the City and the Centre for Biological Control to check progress and effectiveness of the project.