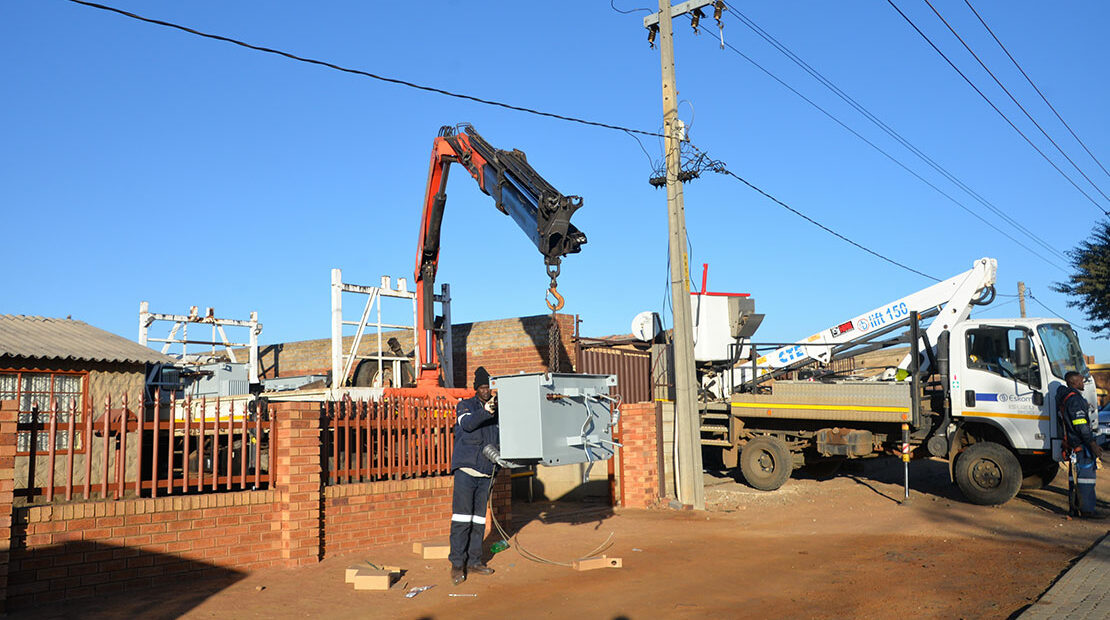 Tsakane residents who were affected by outages caused by transformer failures, and city officials and Eskom met with the residents to explain to them the reasons for power cuts. A consensus was reached to disconnect everyone who is found to have by-passed electricity so that transformers can be replaced to maintain a stable supply of electricity.

People who were found to have connected electricity illegally were disconnected upon inspection and got a fine of over R6 000 to be reconnected.

Meanwhile, the City’s Member of the Mayoral Committee (MMC) for Finance and Economic Development Cllr Nkosindiphile Xhakaza set aside a budget of R1.2 billion for electricity grid maintenance and operations for 2020/2021 financial year. The main areas of focus will be illegal connections, cable theft, refurbishment of sub-stations, streetlights and meter tampering.

Pic 1&2: Eskom technicians remove damaged transformer and replace it with a new one in Tsakane.