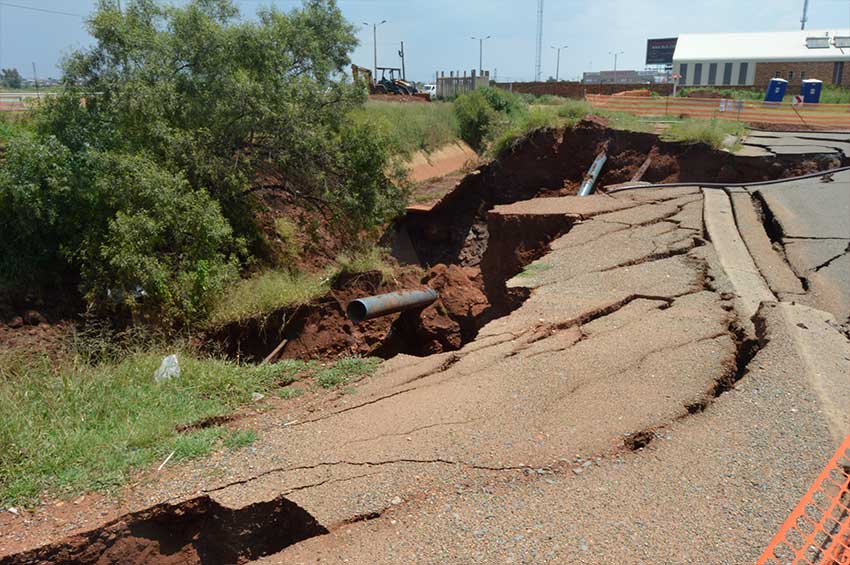 A Costly Fight Against Sinkhole

Between June 2016 and June 2020, the City had rehabilitated about 32 sinkholes costing close to R12 million.

Sinkholes develop due to concentrated ingress of water into the ground mostly caused by an inappropriate or illegal connection of storm water pipes and drainage pipes, including sewer pipes.

It is a big hole on the ground caused by the underground erosion. This is prevalent on a dolomitic terrain.

The City of Ekurhuleni is 52 per cent dolomitic, making it prone to sinkholes.

Water leaks are the main reason of developing of the sinkholes, that is why the City has embarked on refurbishment of its infrastructure with includes its underground pipes.

The City does not always carry the costs of rehabilitation of the sinkholes. It depends on its cause. If it was caused by the negligence of the property owner, he will carry the responsibility.

If residents notice the unexplainable sinking of the ground in their property, they should call the Ekurhuleni Service Delivery Call Centre on 0860 543 000 to report it.