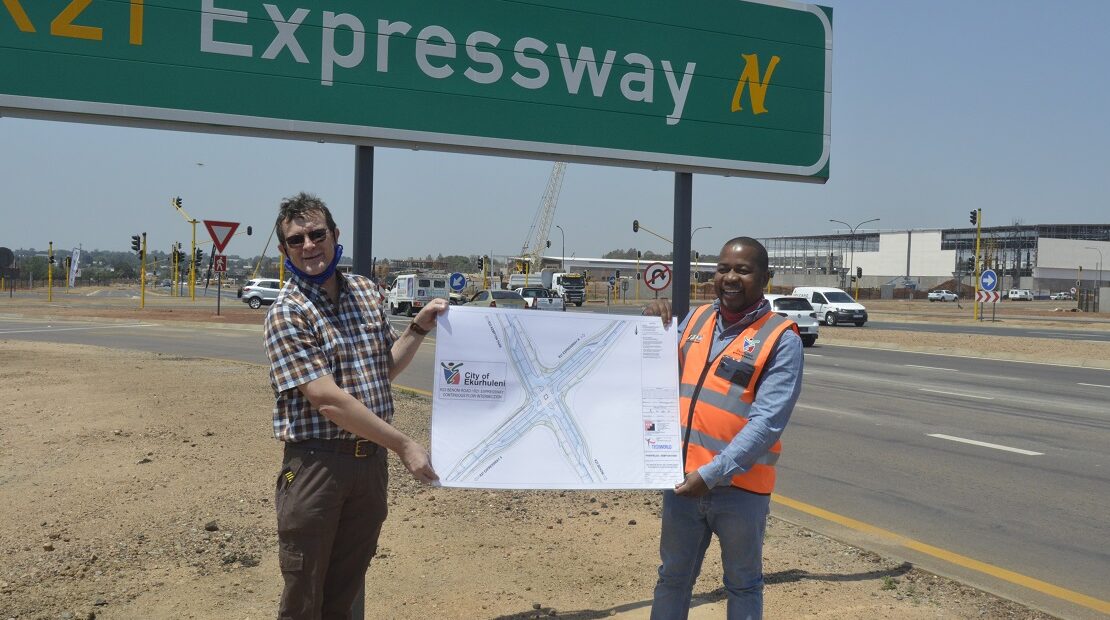 One of the main projects taking place is the construction of the off-ramp on N12 highway. MMC Madihlaba said, “This is one of the projects that we are very proud of as the City. This project will give easy access from the N12 in to Daveyton and also reduce traffic congestion on the off-ramp of Kingsway. First phase of the project was completed; we are now in the second phase.”

The N12 is the national route that runs through the City of Ekurhuleni from Johannesburg to Witbank in Mpumalanga. It is one of the major highways that contributes to the economy of the City, as goods are being transported in and out of the City through the highway.

According to the City’s Department of Roads and Stormwater, the main aim of the off-ramp is to alleviate the pressure of heavy traffic that negatively affects Daveyton and Springs. Mayor Masina said, “Our mandate is to implement, maintain and build roads within the City with the aim of easing the transportation of people and goods, so that the City will continue contributing positively to the economy of the country.”

The City encourages residents to report all roads and other service delivery related issues to the call centre on 0860 543 000/ call.center@ekurhuleni.gov.za or via My CoE App.