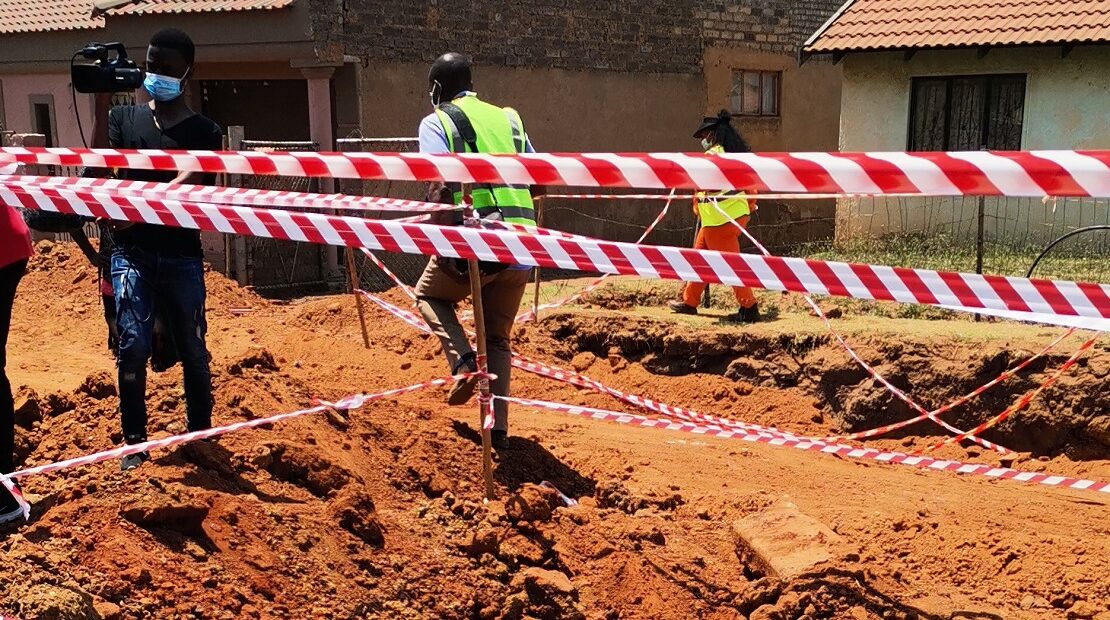 The construction of Maruta, Memolodi and Mabaso streets in Etwatwa (Ward 109) by the City’s Roads & Stormwater Department will continue until December 2020.

The scope of work entails construction of 1.3km of streets with Asphalt surface and installation of stormwater drainage pipes. Acting Head of Roads & Stormwater Department, Mthandazo Zulu said before the construction of the streets they had to first replace the old stormwater pipes underneath, so that leaks on a newly reconstructed road can be avoided. The road is constructed though the local labour.

According to the City’s Roads & Stormwater Department it will continue to fulfill its responsibility of providing and maintaining roads infrastructure of Ekurhuleni to facilitate economic growth and social development of the City, also it will continue to promote pedestrian safety.

The work on the roads follows the constant development of potholes due to stagnat water coming from leaking underground pipes. The Ward Councillor, who is also the City’s Member of Mayoral Committee (MMC) for Infrastructure Masele Madihlaba said, “These streets have been negatively affecting the residents; hence they have been identified as priority project for our term of office. Service delivery is our sole responsibility and we will continue prioritizing the needs of our people.”

To strengthen its partnership with residents, the city encourages residents to report their roads issues through our call center on 0860 543 000 or email call.centre@ekurhuleni.gov.za