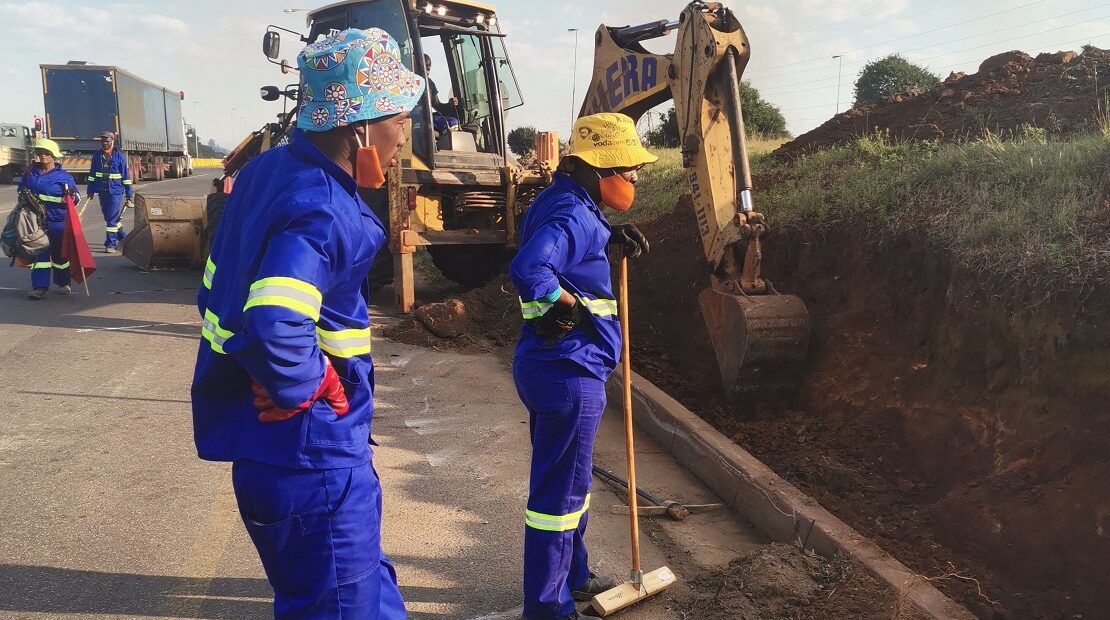 The City is currently rehabilitating the Barry Marais Road towards Atlas Road in Boksburg.

According to Head of Department for Roads & Stormwater, Sizwe Cele the rehabilitation aims at easing the traffic on Atlas road and Barry Marais roads which connects the industrial site of Dunswart in Benoni and towards areas such as Windmill Park, Dawn Park and Vosloorus

“We have got a couple of projects that are underway across the city like this one. The main purpose widening intersection of Barry Marais and Kingfisher Roads reduce the risk of head –on crashes by giving motorists more space to turn. This road carries heavy vehicles from and to Dunswart industrial site in Benoni,” he said.

In the State of the City Address, the Executive Mayor Cllr Mzwandile Masina introduced a number of catalytic projects that have been lined up for implementation during his term of office. These include: