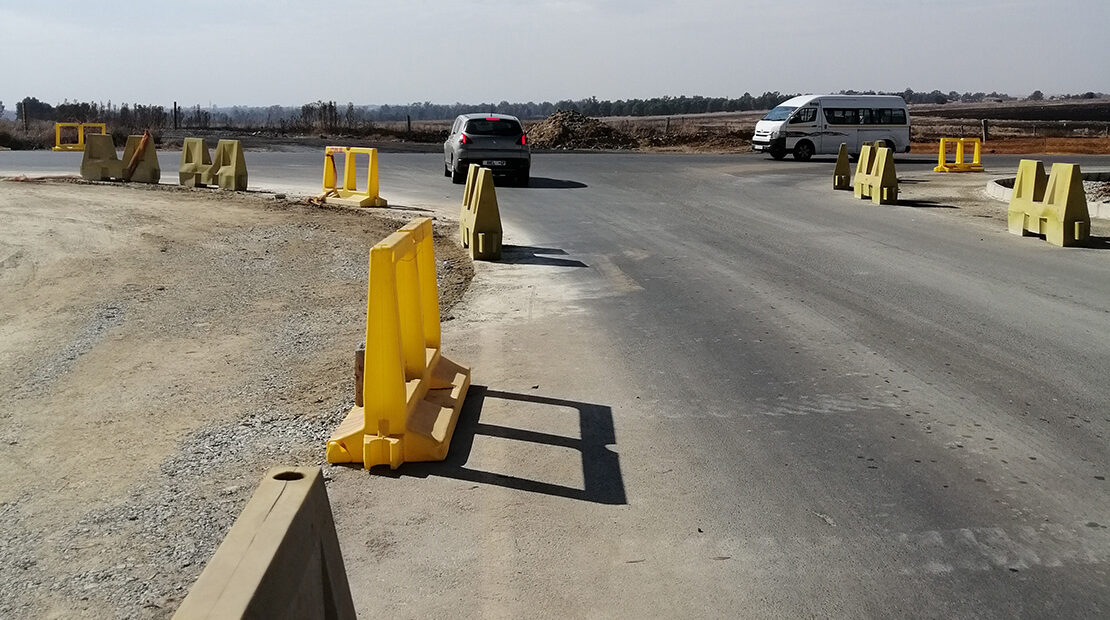 Poor road infrastructure and traffic congestion delay movement of people and goods, before delaying economic activities and consequently affecting negatively the economic prosperity of the City. It is for this reason that the City is deploying resources to refurbish roads and improve traffic flow. The corner Hospital and Location roads in Brakpan is among the roads the City is refurbishing.

The community and motorists in Brakpan has on several occasion complained about the traffic congestion experienced at the corner Hospital and Location roads between Brakpan and Springs. The city has responded by implementing its measures of upgrading and extending the roads to fully accommodate traffic.

These roads have negatively been impacting the emergency response to the Far East Hospital and those who use it for business purpose, such as taxi drivers. Speaking to one of the taxi drivers who uses Hospital road on a daily basis Mr. Simon Mathobela, who thanked the City of Ekurhuleni for listening to their complaints and the quick response the city has shown. “indeed this is what service delivery should be, now my business will run smoothly and quicker as traffic congestion will be the thing of the past” Simon emphasized.

According to the City’s Roads & Stormwater Department it will continue to fulfill its responsibility of providing and maintaining roads infrastructure of Ekurhuleni to facilitate economic growth and social development of the City, also it will continue to promote traffic safety, improving traffic flow and alleviate traffic congestion.

To strengthen its partnership with residents, the City encourages residents to report their roads issues through our call center on 0860 543 000 or email call.centre@ekurhuleni.gov.za