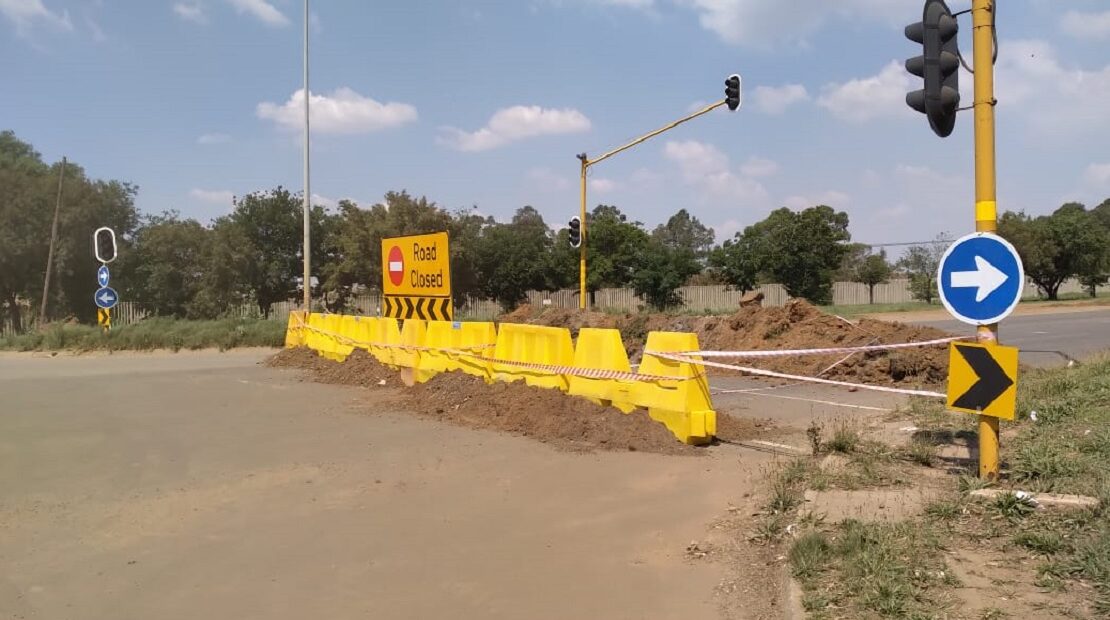 Main Reef road in Brakpan is closed for repairs and motorists are advised to use alternative routes.

The road was closed late last year due to the collapsing top surface, which according to the city’s Roads & Stormwater department it is a result of illegal mining activities that were taking place next to Plastic City informal settlements.

The Chief Engineer in Brakpan Giel Meyer says, “It was suspected that the infrastructure might falling as a result of a sinkhole, but after thorough investigation we found out that its illegal miners who tampers with this infrastructure on a daily basis.”

The road is still closed and the rehabilitation will commence in the new financial year.  In the meantime, the motorists are advised to use the old thoroughfare to Benoni.

Head of Department Sizwe Cele outlined the city’s plans to curb illegal mining activities as it costs the city millions. “The City is working hand in hand with the National Department of Mineral Resources and South African Police Services (SAPS) to shut down abandoned and illegally operated mine shafts and arresting those responsible. This illegal operation costs the city millions of rands as it is negatively impact on the infrastructure such as roads.”

The city urges the residents to report all illegal activities through our call centre on 0860 543 000/ call.centre@ekurhuleni.gov.za or SAPS on 10111