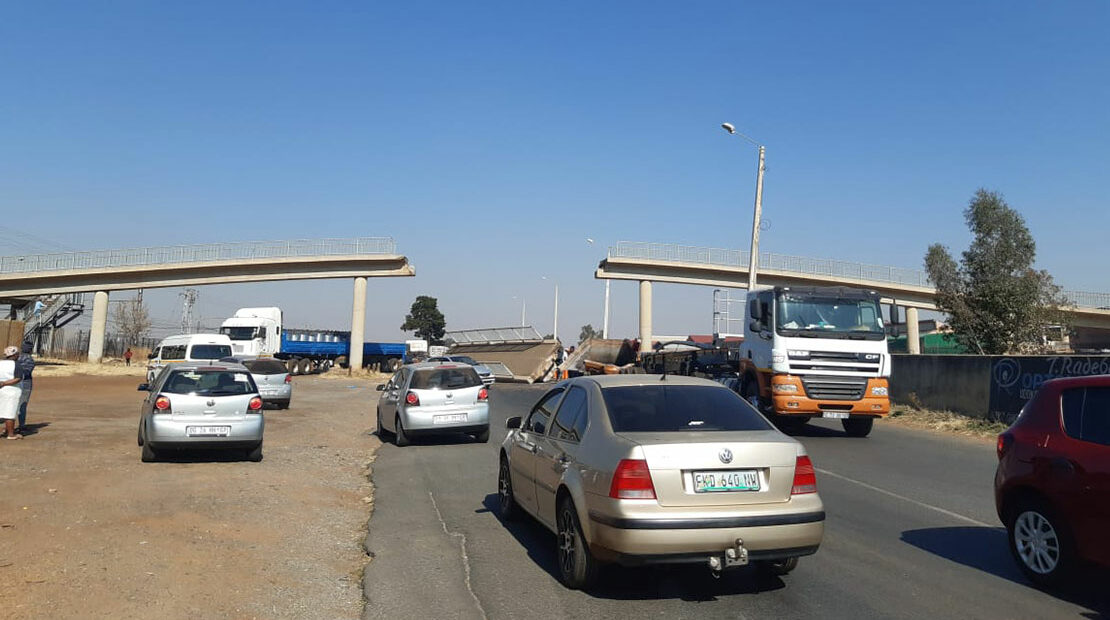 The pedestrian bridge at Angus train station in Alrode was hit by a truck causing a section to break away.

This was due to the truck’s hydraulic that opened while the truck was in motion and dragged a portion of the bridge.  According to the City’s Roads and Stormwater Department the bridge did not collapse as a result of structural defects or negligence on the part of the City.

Old Vereeniging Road, between Hennie Albert and Langkloof, was closed to traffic as well as the bridge on both sides so that pedestrians do not use it. Motorists and pedestrians are advised to use the Bosworth Road as an alternative route.

The City’s structural engineers were on site on Monday to assess the integrity of the remaining structure and look at rebuilding the bridge. A report to this effect will be presented soon.

Tune in to  the interview with Executive Mayor Cllr Mzwandile Masina as he talks to Bongani Bingwa on 702 Breakfast about the pedestrian bridge incident.