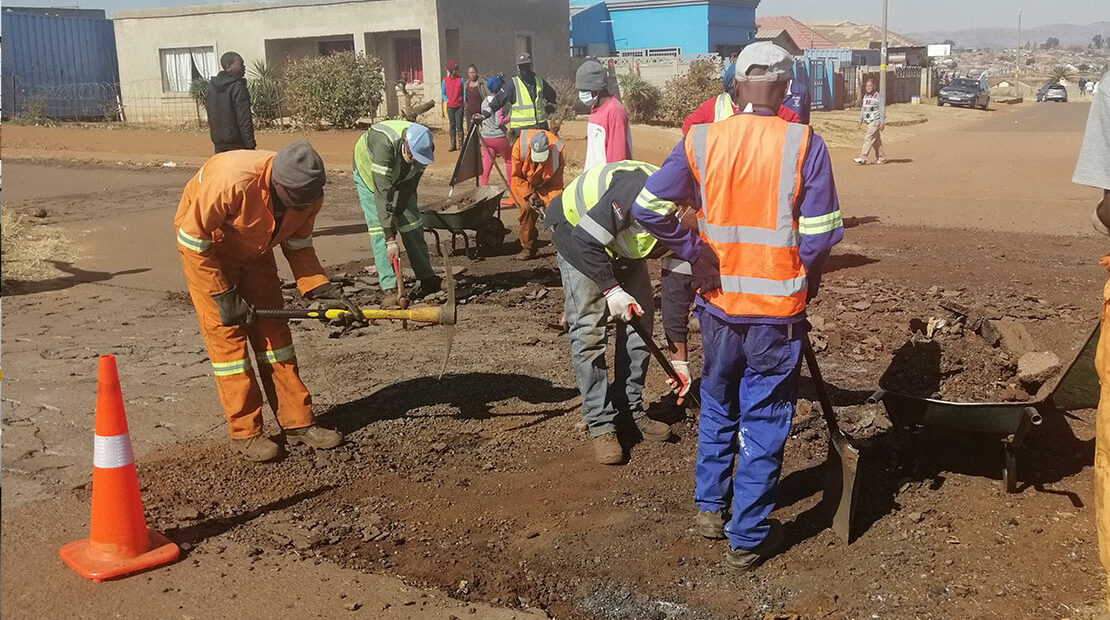 Streets of Eden Park Get a Facelift

Roads are arteries through which the economy pulses, by linking producers to markets, workers to jobs, students to schools and the sick to hospitals, therefore vital to the developmental agenda of the City.

It was for this reason that the Eden Park roads, which the City is refurbishing and rebuilding, were prioritised as Eden Park is next to one of the largest industrial hubs of the City called Alrode.

Lambert and Wynkwaardt streets are currently being reconstructed by the City’s Department of Roads and Stormwater. The current scope of work includes the removal of the old cracked surface of the road and putting the new one, patching of potholes and installation of speed humps.

Clive Solomon, a 63-year-old who stays in Lambert Street where the construction is currently taking place, is a happy man due to the fact that their street is one of the busiest and it was not safe for pedestrians, especially school children as there were no speed calming measures, such as humps.

“Safety is not only what I am excited a,” said impressed Solomon.

The City is working on improving the conditions of many roads. The City also encourages its employees to report any roads or any other service delivery related issues to our call centre on 0860 543 000 or email call.centre@ekurhuleni.gov.za.