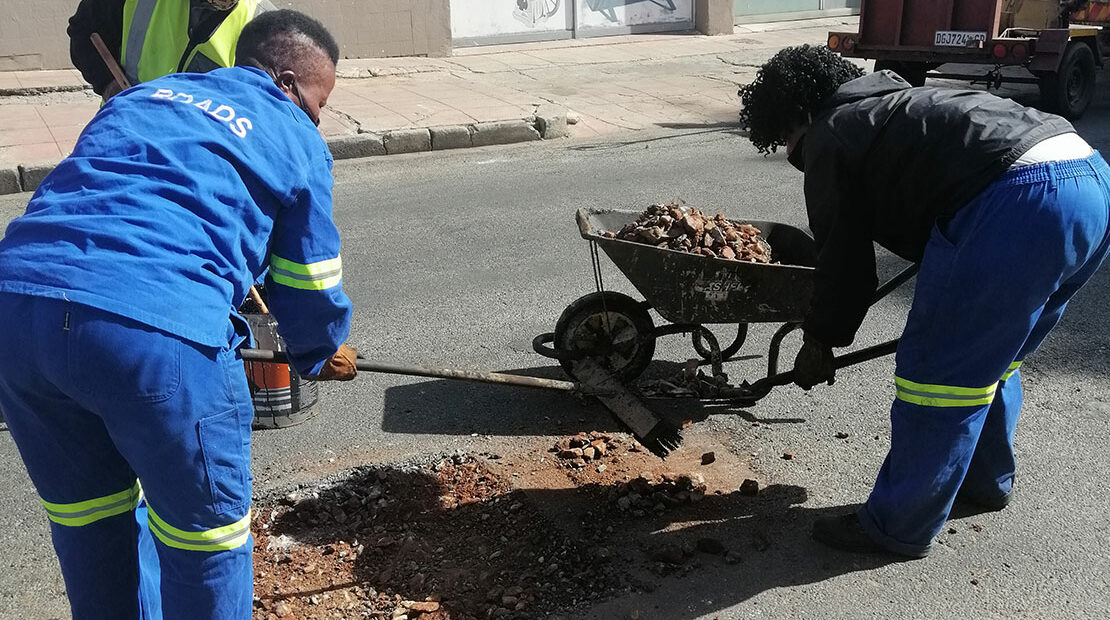 The City is Ridding Brakpan of Potholes

The City’s Roads and Stormwater Department is turning the tide on the potholes that have hit Brakpan CBD.

Potholes in the area were starting to reflect an advanced stage of road deterioration, and the focus in repairing started at the corner of Gordon and Voortrekker streets.

Not only can potholes damage vehicles but can cause serious accidents leading to the loss of lives, and can have a negative effect on the economy and cause traffic congestion. Motorists in Brakpan have claimed that they are losing money due to the high costs of maintaining their vehicles due to damage caused by hitting a pothole. This includes alignment, damages to the under carriage, shocks, rims and tyres.

According to Koos Van Der Walt, whose business is situated in Voortrekker Road, the potholes are negatively impacting his business.

“I am very excited that the City has responded to our complaints, as the residents and business owners of Brakpan, in dealing with potholes. Now our deliveries will arrive on time and that will improve our sales figures,” said the 52-year-old business.

The city is working on improving the conditions of many roads and calls residents to come forward and report potholes and other road-related issues to the Call Centre on: