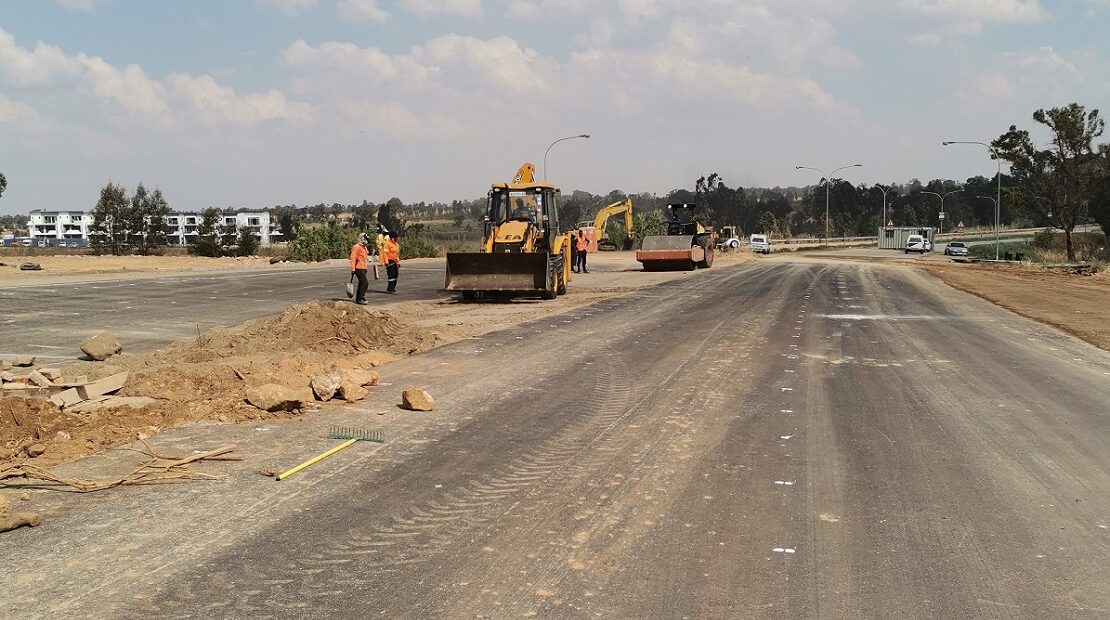 Snake Road Will Be Open to Traffic Soon

The rehabilitation of the Snake Road sinkhole in Benoni is nearly complete and the road might be open for traffic before the end of October.

This sinkhole, which developed on 19 November 2019, grew to about 15 metres wide and 15 metres deep within a short space of time leading to the closure of the road.

Geotechnical assessment revealed that the area is not dolomitic but broken storm water concrete pipe leakage was the cause of the sinkhole. This leakage led to subsurface mobilisation, washing away all sub-base layer over a period of time developing an open cavity underneath the tar road.

The heavy rains that were received at the end of last year exacerbated the situation, the concentrated ingress water also opened erosion channels from surface, therefore resulting in the collapse of the surface.

The work to rehabilitate the sinkhole started in January 2020. The following work which amounts to 95% of the work has already been done:

According to the City’s Roads and Stormwater official Edwin Mathagu, based at the Benoni Depot, finishing work is being done on the road in readiness for its opening.

A resident of Rynfield in Benoni, Thandi Matshepo, thanked the City for rehabilitating the road.

“Finally, I can go to Carnival City without going through Benoni CBD which was time consuming because of traffic,” Matshepo said.