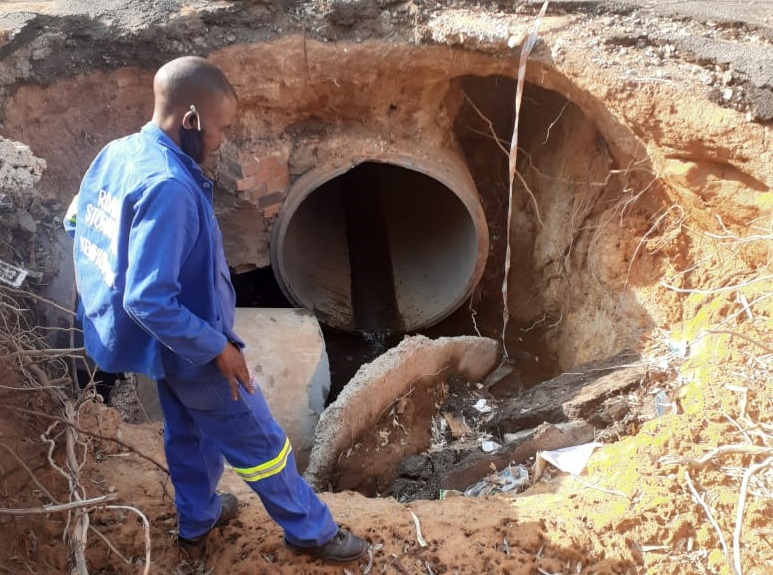 The City Responds to Burst Stormwater in Glen Marais

The City’s Roads and Stormwater Department repaired a stormwater manhole at Beukes and Stefanus roads in Glen Marais, Kempton Park.

Complaints from residents that water was flowing from the manhole led to the department assessing the cause and found that it had burst from underneath the surface and needed an urgent repair to stop the overflow of water into the streets and adjacent residences.

Resident James Kahn, who had water flowing into his property, thanked the City for the quick response. “I am glad to see the municipal team here to fix this problem, I was very scared as I did not know where the water was coming from,” said Kahn.

In preparation for the rainy season, the City urges and encourages residents to report all stormwater issues to the call centre via My CoE App/0860 543 000/call.centre@ekurhuleni.gov.za