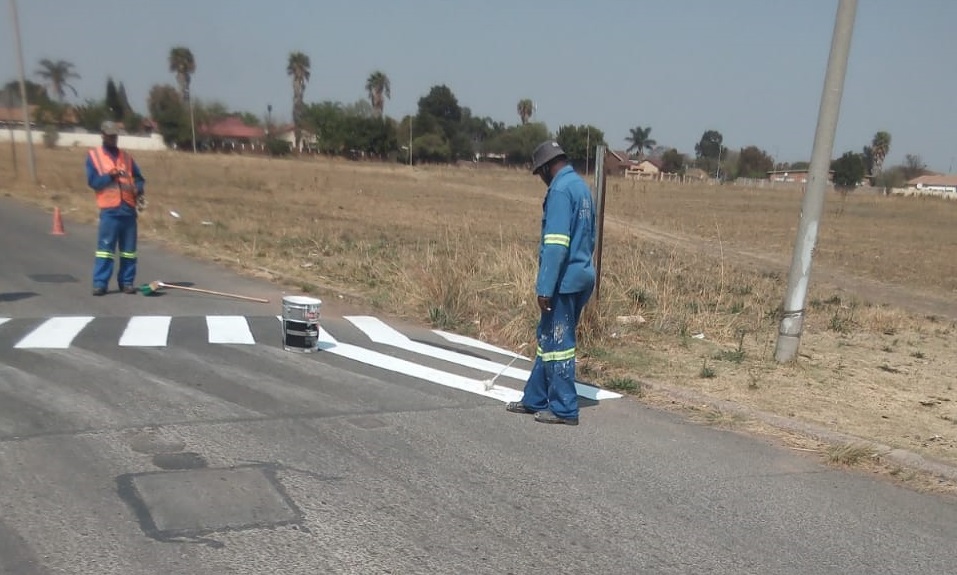 The City Responds to Road Markings

City of Ekurhuleni responds to the safety of motorists and pedestrians using its roads, by marking them.

The City has responded to residents and motorists of Terenure in Kempton Park who had on a several times complained about their unmarked roads. One resident, John Letsoku who has formally lodged a complaint with the City was impressed with the timeous and speedy response shown by the metro. “I am very greatful with the city’s response, especially taking in to consideration that these road has been the cause of accidents. Thanks to the city’s call Centre for professionally handling our query “said impressed Letsoku

Road markings are part of a system that the City introduced to promote safety for the road transportation system. The City of Ekurhuleni is surrounded by industries which makes it the economic hub of Gauteng, transportation of goods, people and information plays an important role in enhancing the city’s economic development.

According to the City’s Roads & Stormwater department the essential purpose of road markings is to guide and control traffic on the road. They supplement the function of traffic signs, hence they are important in ensuring the safety and harmonious flow of traffic. The City took it upon itself to ensure that the motorists and pedestrians are safe in all times by regularly marking its roads and also to keep the continuation of transportation of goods.

In strengthening its partnership with its communities, the city is calling upon its residents to report all roads related issues through its call Centre on 0860 543 000/ call.centre@ekurhuleni.gov.za or My CoE App