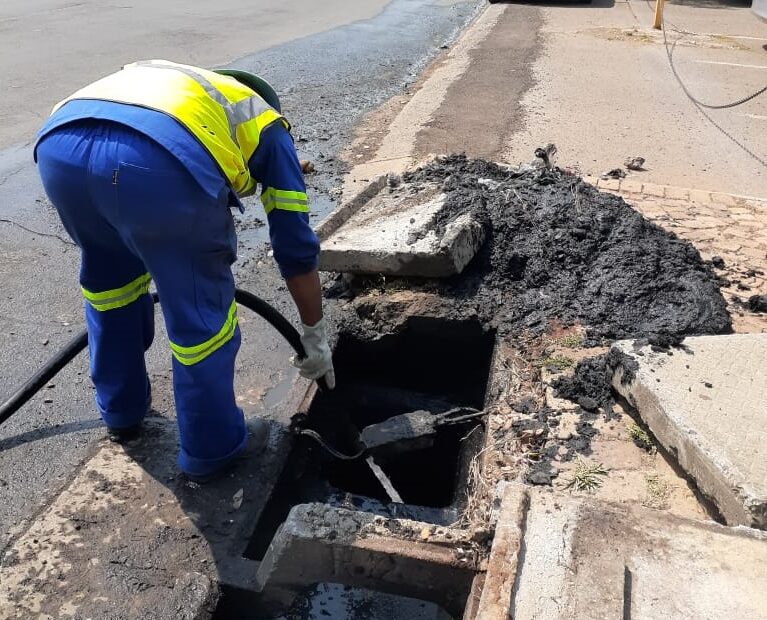 Tons of debris including plastic bottles, bags and beer bottles, papers and clothes were removed at the cleaning of the stormwater drainages in Spartan, Kempton Park.

Along Forge Road, a pool of water was found along the road due to a blocked stormwater drainage. However the road was given a new lease of life when rubbles were cleared from the drainage system, allowing water to flow into the system.

A resident Oupa Maboya condemned the act of throwing objects into the stormwater system by some road users and members of the public.

“I personally fail to understand how people can decide to dump things inside the stormwater, I mean the council has provided us with bins to deposit rubbish. This behaviour should stop,” a disappointed Maboya said.

According to Roads & Stormwater, residents are requested to report blocked stormwater drainages. The signs for a blocked drainage consists of: water gushing out pipes, flooding on the property, if these signs are reported on time the property could be saved from being damaged.

Communities are urged not to dump objects in the stormwater. The city has allocated bins on the roads that can be used to throw objects such as plastics.

Residents are encouraged to report all stormwater related matter to My CoE App or call centre on 0860 543 000 / call.centre@ekurhuleni.gov.za