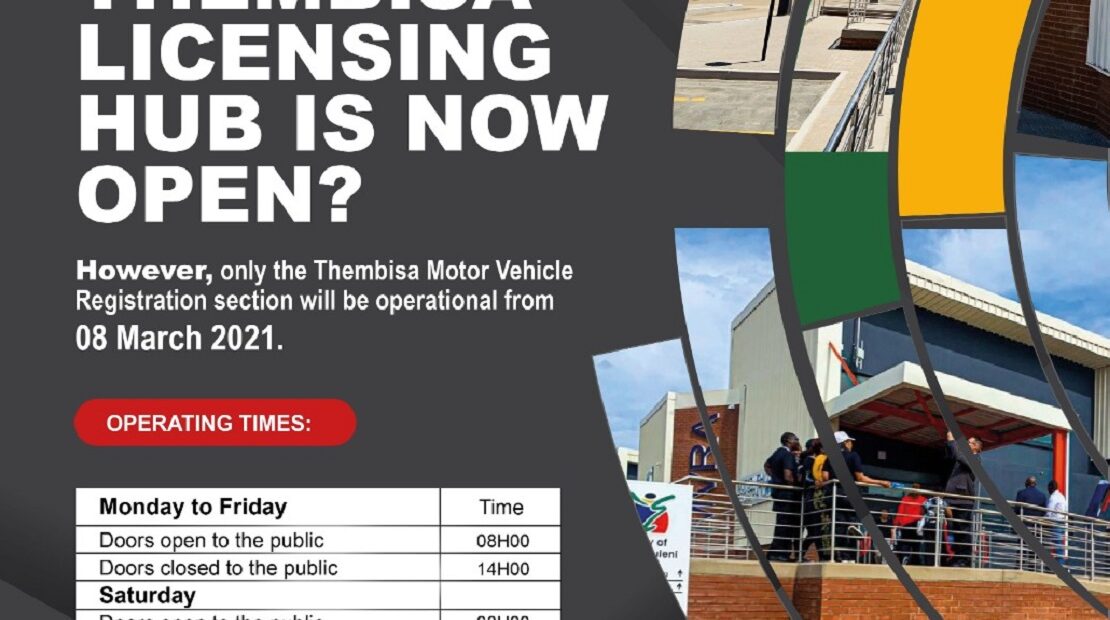 Thembisa Licensing Hub Opens Its Doors to the Public

The Thembisa Licensing Hub will open to the public from Monday, 8 March 2021.

This state-of-the-art facility is the first of its kind to be built in a previously disadvantaged community. Built at a cost of approximately R60 million it is expected to bring much needed relief to the community of Thembisa and surrounding areas.

It not only brings services closer to the people, but will also stimulate economic activity around the hub.

The facility was officially opened by Minister of Transport Fikile Mbalula and Executive Mayor Cllr Mzwandile Masina on 11 November 2019.

Driver and learner license services will commence from 1 April 2021 and vehicle testing services from 1 October 2021.