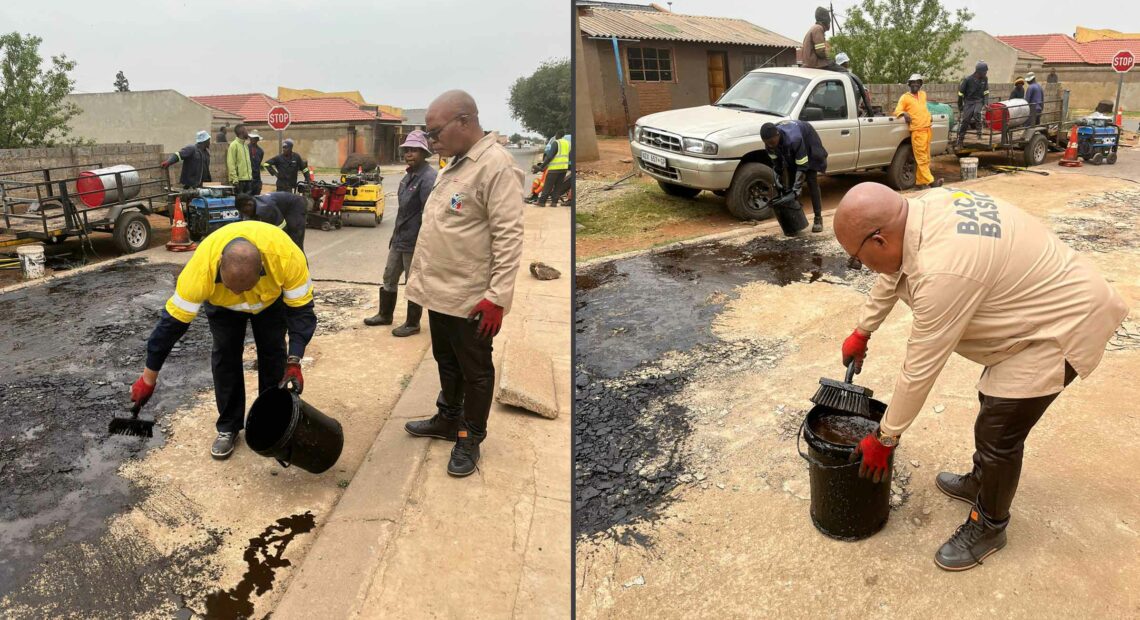 As part of Transport Month the City of Ekurhuleni led by the MMC responsible for Roads and Transport, Cllr Alco Ngobese, conducted a service delivery oversight visit in Vosloorus on 18 October 2022. MMC Ngobese was joined by the Head of Department for Roads and Transport, Sizwe Cele, visited various sections in the area to monitor the work done by the City in fixing potholes and unblocking stormwater drainage systems in the area.

During a walkabout in Extension 2 & 15, MMC Ngobese joined workers in preparing the road for construction and unblocking stormwater drainages. Furthermore, he urged community members to protect the public infrastructure and refrain from throwing unwanted objects in the stormwater drainage system to avoid blockages during the rainy season.

MMC Ngobese wrapped up his visit with a community engagement at Zonkizizwe Taxi Rank. The meeting was attended by members of Zonke Taxi Association, ward councillors, taxi drivers and commuters. During his address, MMC Ngobese highlighted the importance of public transport safety and appealed to taxi drivers to comply with the rules of the road and ensure that their vehicles are in good condition to carry passengers.