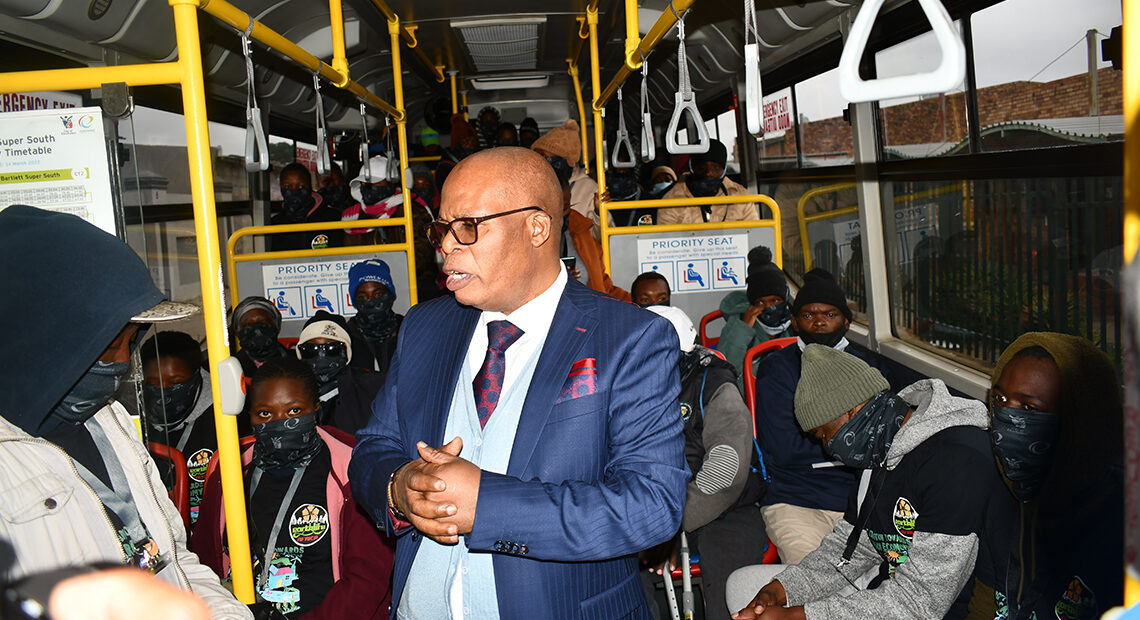 MMC for Transport Ald Alco Ngobese has called on people living with disabilities to use the city’s Integrated Rapid Transit Network (IRTN) buses (Harambee) as the service was developed to be accessible to everyone, and passengers with special needs.

Ald Ngobese was speaking during his visit to the Thembisa Self-Help Association of the Disabled (T-Shad) on 23 June 2022. The visit follows the Harambee bus tour for people living with disabilities that he led.

The purpose of the tour was to share the Harambee bus experience with identified groups that require universal access to use the bus service. The tour, undertaken on three successive days, comprised pupils from local schools, followed by the people living with disabilities, and ended with senior citizens on 24 June.

During the tours, the participants experienced the special features of the buses made specifically to promote universal accessibility and ease the common challenges people living with disabilities experience in public transport.

The buses have automated ramps that allow wheelchair access and assist those who struggle to walk to get on board with ease. For the safety of passengers in wheelchairs, the buses are fitted with restraint belts that lock down wheelchairs the same way other passengers use seat belts.

Every Harambee bus is fitted with cameras linked to a control room so that law enforcement officials can react in real time in case of any criminal activity inside the buses.

There are five phases to the Harambee bus routes: