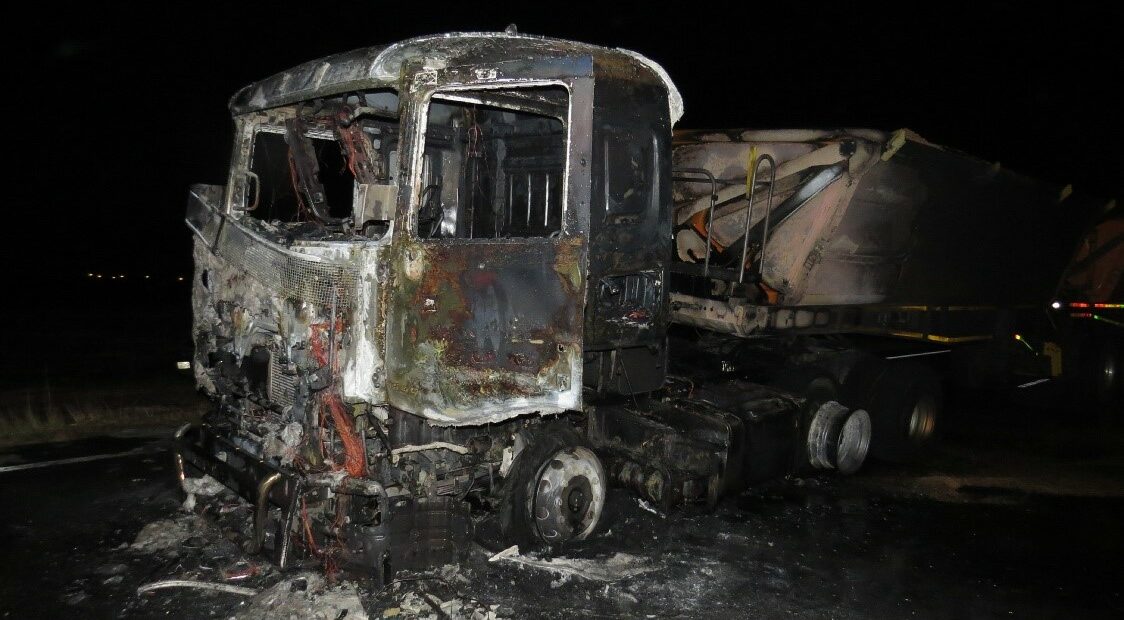 Two drivers are lucky to be alive after their articulating trucks were torched on the R59 freeway north bound, Kliprivier, on 1 May 2021.

One of the two trucks was a tanker fully loaded with 37 000 litres of diesel and the other a side tipper with 35 tons of wheat.

According to the City’s Disaster and Emergency Management Services (DEMS) Spokesperson William Ntladi, the two trucks were torched by unknown suspects.

Both drivers escaped unharmed after shots were fired at the trucks before being set alight.  He said when firefighters from the Alberton Fire Station arrived on the scene, both truck engines were on fire.

Backup was called from both Zonkizizwe and Thokoza fire stations and the Midvaal Fire Department.

Both lanes on the northbound were closed to traffic at this time.