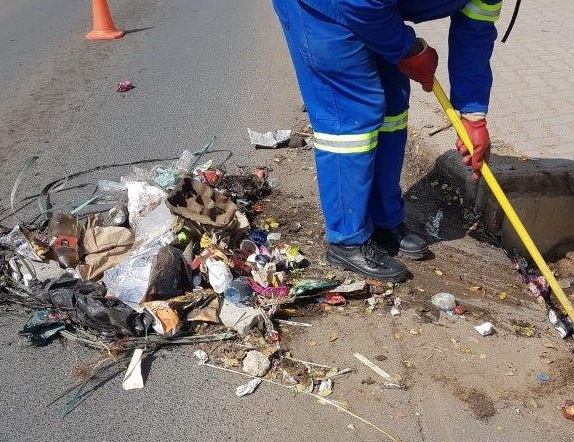 A ward-based cleaning campaign, made up of ward councillors and community members, is fighting illegal dumping in Thembisa.

The team recently cleaned out a storm water channel in Phomolong polluted with illegal dumping. A stream from tributaries of the Kaalspruit River was also cleaned by the City’s waste officials and members of the community next to Moedi bridge.

The increase in illegal dumping has been attributed to back-yard dwellers not having 240ℓ waste bins, thus resulting in throwing their refuse in open spaces.

As such, officials in the Thembisa waste depot have taken it upon themselves to involve the community in cleaning up the dumped waste.

In an effort to prevent illegal dumping in the area, the City’s waste management services will place skip bins in open veld for members of the community who do not have 240ℓ wheelie bins.